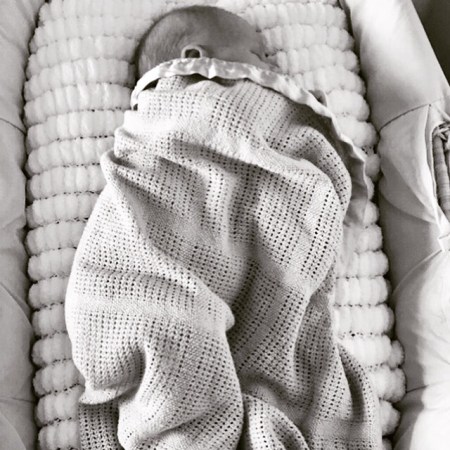 So because he slept soundly his first night on the outside, in his Perspex box in the hospital and had to be woken up for a feed at 2:30am, I assumed I had a good sleeper! I was confident I’d get him home and he would snuggle down happily in his Moses basket and I’d not hear a peep until he wanted feeding.

Oh how wrong could I be!

Now for me co-sleeping was a big no-no! The fact that I then spent the next three nights sleeping on my back with my arms wrapped around my precious child, just so he would settle, was neither here nor there. I told myself he needed to feel safe and this was the way to do it.

Coupled with the uncertainty of breastfeeding and I suddenly felt very much out of my depth. I still didn’t like the idea of co-sleeping, as I think it is important to have time with your significant other away from the kids, but needs must and for now it was the only way I could get him to sleep.

And there came compromise number two.

Over the course of the next week we went from him sleeping clasped tightly in my arms, to laid on the bed next to me, to eventually snuggled happily in his Moses basket. I had worked out the issue – and that was that he didn’t like being deep down inside the Moses basket. I stuffed a pillow inside to raise him up and he was as happy as a lamb.

Finally I could start to relax…