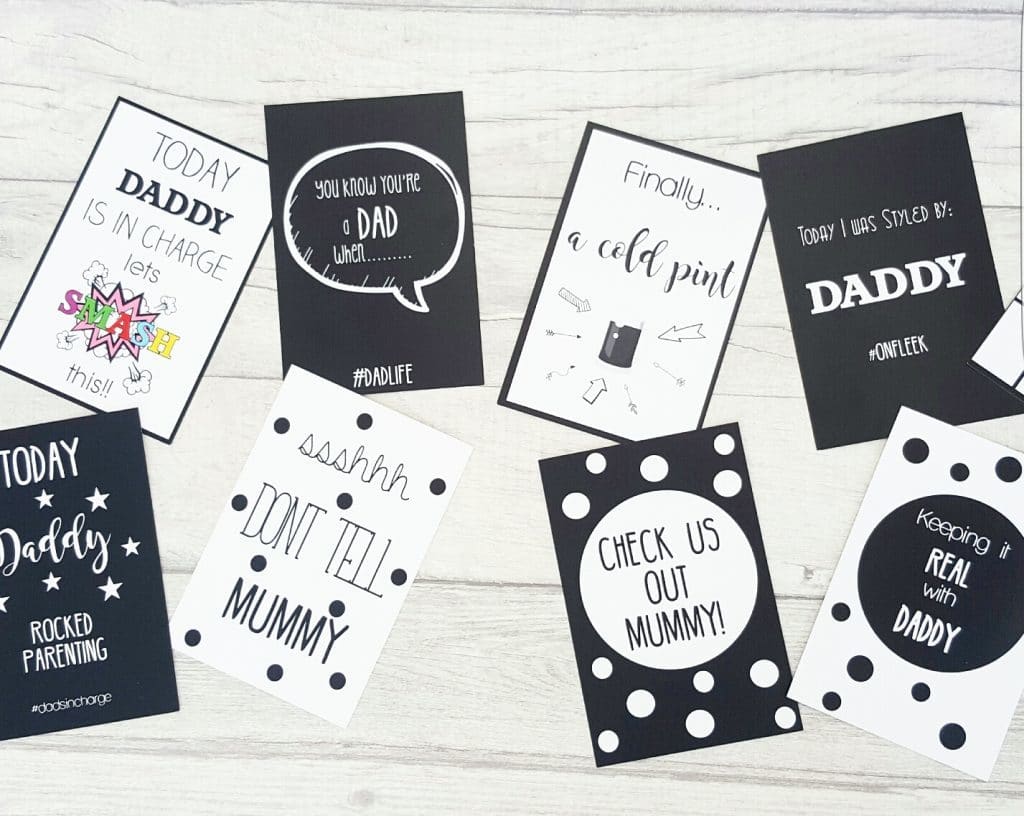 The First 6 Months Of Being a Dad

Written by Hayley Messenger for her blog, Life with Lola x.

After my ’10 things I’ve learnt since being a Mum’ post, hubs told me he wanted to have a go at this whole blogging thing…soooo here’s (more than) a few words from Lola’s Daddy….

So after reading the wife’s blogs and smiling to myself about the funny things that happen and the way in which your world changes, I decided to share my own views on the first 6 months of being a dad..

1. Lack of sleep is torture. Before Lola was born I often said the sleep thing wouldn’t bother me…. how wrong was I?! Lola’s pretty good when it comes to sleeping but on those rare nights she refuses to visit the land of nod, you will literally do what ever you can to get those precious few moments of shut eye.

2. Free time does not exist in Daddy world. Washing the cars, editing youtube videos and popping up the gym, have been replaced with washing bottles, changing bums and pureeing veg.

3. The worry and anxiety is constant. Very little phased me before Lola arrived. These days every spider, hard surface and ‘that child that’s a little too rough’ puts me on edge. The thought of anything hurting my precious little girl fills me with fear and anger.

4. Lifts are the most annoying things in the world. You can wait hours for one to arrive to go up just one floor ~ a crowd gathers and you start eyeing everyone up, just to make sure they aren’t going to cut you up in the great lift race. The lift arrives and everyone edges forward……we’re in! We might have ran over some fellas feet (he gave Shaquille O’Neal a run for his money!) and poked someone else in the eye with the parasol, but were on our way up! Or not, as the case maybe…you see, despite pressing the ‘up’ button a thousand times, we will almost certainly go down. More people pile in and the lift goes back up to where we started. Whats even worse is when you don’t realise you’re back where you started and get out. This is when the anger monkeys kick in and the whole process starts again…

5. Gone are the days of driving my BMW like Lewis Hamilton. Now I’m more Miss Daisy in a family hatchback.

6. I know bugger all about women’s fashion. Imagine Stevie Wonder using Gandhi’s flip flop to paint a Picasso piece ~ that is what Lola’s outfit looks like by the time I’m finished dressing her. With a little help (and an earful) from the wife, we’re ready to leave the house. If it were up to me Lola would live in baby grows….

7. Speaking of baby grows….What is it with those metal poppers? They have a million poppers down the front that NEVER match up. After watching The Fully Monty the other day, i’ve had an idea for the ‘Velcro baby grow’. Maybe i should take that idea to the dragons….

8. A 10 hour day at work feels far too long to be apart from my girls and my absolute favourite time if day is 5pm. As soon as Lola hears the key in the door, her little head pops up like a meerkat and turns nearly 360 degrees to see who is coming. Once I am in sight and say hello she has the biggest gummy smile, arms are outstretched for a cuddle and kicks her legs in excitement. No matter what sort of day I’ve had everything is forgotten by this point.

9. Women love a baby. Women of all ages will stop for a chat when me and Lola are out and about together…move over Tom Hardy…

10. I’ve read less than 10 books in my life but all of a sudden, I’m a storyteller. A storyteller with actions and different voices/ accents, the lot. My favourite story is ‘There Was a Wee Lassie Who Swallowed a Midgey’ (The Scottish version of There Was an Old Woman Who Swallowed a Fly). I read it to Lola in a Scottish accent and I can’t finish it without crying with laughter. It’s brilliant!

Everyday is new and exciting with Lola around. I may have lost some things but have gained so much more. Would I change it?…… not for the world.