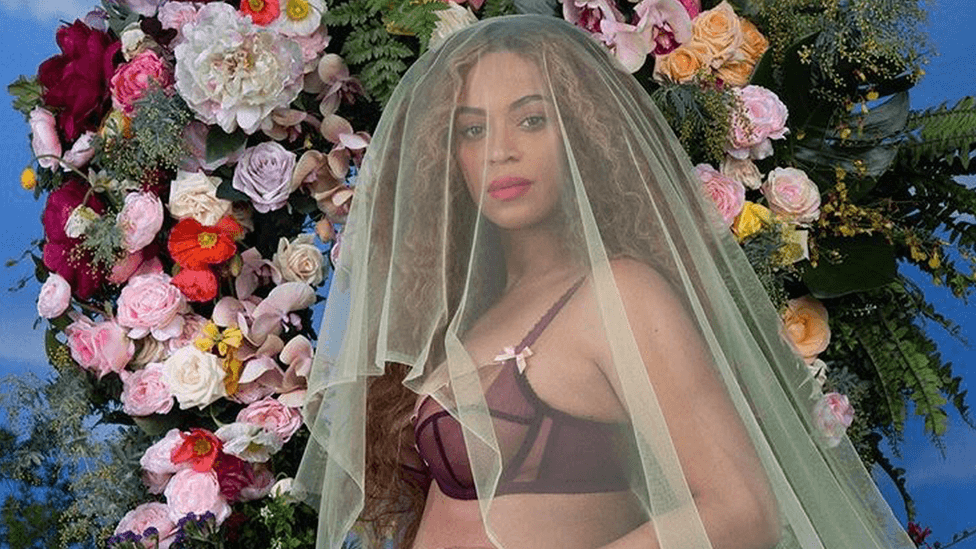 The History Of Beyoncés' Pregnancies

Beyonce is pregnant with twins!

First of all, congratulations!

Beyonce announced that she was pregnant with twins on Instagram on February 1st roughly around 6pm. Social media blew up and it was all people were talking about for the rest of the night.

The caption reads “We would like to share our love and happiness. We have been blessed two times over. We are incredibly grateful that our family will be growing by two, and we thank you for your well wishes – The Carters”

Fans became suspicious of her current pregnancy when she released the Ivy Park Collection recently.

With her previous pregnancy with Blue Ivy fans became suspicious when she released her ‘Countdown’ music video where she rubs her belly and says the lyrics “I’m trying to make us a 3.”

Some of you may know but for those who don’t, Beyonce had a miscarriage back in the early months of 2011.

She describes this as “the saddest thing I’ve ever been through” this comment was made in her film ‘Life Is But A Dream’ which was released in 2013. Because of this not being released until 2 years later people become suspicious of her pregnancy with Blue Ivy and thought it to be a lie.

Rumours were spread that she wasn’t pregnant and she actually had a surrogate mother give birth to her first child, Blue. These rumours were fired up when Beyonce did an interview on Australia’s Sunday Night in September 2011 where Beyonce sat down and people noticed that her baby bump folded. Of course everyone jumped on the band wagon and social media blew up with everyone accusing her wearing a fake bump.

Beyonce responded to these rumours with “It was fabric that folded – does fabric not fold? Oh my gosh, so stupid.”

In my opinion, I think that because she had a miscarriage in early 2011 that she shortly fell pregnant with Blue not long after so she simply got the dates of the two birth’s mixed up.

As well as these interviews she was made to be a liar, these people were claiming that she wasn’t pregnant and that she had a surrogate mother give birth to Blue as Manhattan’s Lenox Hill Hospital NICU ward wing was closed off to nurses and doctors the same week that Blu Ivy was born. Apparently they paid $1.3 million for the ward to be closed for the arrival of their little girl.

Was this to hide a surrogate mother being found out? Did they have possible fertility problems?

Beyonce commented on these rumours once again in her film by saying “there’s a stupid rumour” she says this while looking down at her bump and shaking her head. She also added “To think that I’d be that vain.. especially after losing a child. The pain and trauma from that just makes it mean so much more to get an opportunity to bring life into the world.”

She announced her pregnancy of Blue at the 2011 MTV Awards where she performed her song ‘Love On Top’ which shocked everyone. “ I put a lot of thought into how I wanted to unveil. It was important to me that I was able to do it myself.”, she said.

Home movies of her pregnancy and the early years of Blue Ivy weren’t released for 2 years after her birth. Some people think this is because the rumours are true and that she had to prove that her pregnancy was real. These videos were first released on her ‘On The Run Tour’ in 2014.

She also shows home videos in her album ‘Beyonce.’

The birth of Blue Ivy was described as the proudest moment of her life. Beyonce sees her mother as her hero and feels that much closer to her after the birth of her baby girl.

“Everything I know about being a mother comes from the examples she [her mother] has shown. She has taught me about caring for others.”

Even after the birth of her baby there was still rumours lingering. The fact that an unknown woman claimed she had Jay-Z’s baby over 10 years ago and finally ‘came out’ around the time she was giving birth didn’t help with the rumours that he had cheated. These claims were shut down shortly after it broke out but some people still believe it is Jay-Z’s child as they supposedly look similar.

There was also hate towards Beyonce as her bounce back after the baby was remarkable. Not long after the birth she had her body back to how it was and she performed songs in her usual outfits.

ANYWAY, everyone has their own opinions, personally I think Blue Ivy is Jay-Z’s double!
I hope Beyonce has a healthy and less stressful pregnancy this time around.

A lot of people can’t wait to meet these two babies already. They’re already big stars and they’re not even born yet! I know I can’t.