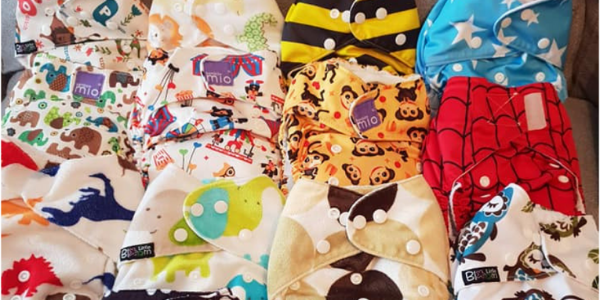 Trying Reusable Nappies With My Toddler...

So, we’ve made the plunge and started the switch over to reusable nappies!

Why have we decided to do this, especially given the fact that Max is two and a half? Well…

It was just getting ridiculous. Max piddles like a horse, and poops up to three times a day sometimes, so our black bin fills up so quickly, and it’s difficult for us to get to the tip with my husband’s work hours. I don’t know why I didn’t start with reusable nappies in the first instance… financially, we couldn’t afford the initial outlay costs, despite the long term savings, but we were very lucky to recently be gifted a large amount by our group moderator Nikita who is a cloth bum mum! It was the perfect opportunity to at least give it a crack.

My first impression was that they seemed thicker and less flexible than the disposable pampers pull ups we’d been using – Max is a very active child, so flexibility is really important. Luckily, the stretchiness of the leg hem meant that they weren’t too stiff on him, and he’s able to run around like a rocket as usual.

We use two bamboo inserts rather than two, to increase absorbency, and have found we don’t haven to change his nappy any more often! We were using inserts to catch poo which can then be flicked into the toilet, but the inserts aren’t biodegradable, plus we found that if they’re not placed correctly, Max’s wee was running off them and out of the side of the nappy rather than into the absorbent part of the nappy so ever since we stopped using them, we’ve had no leaks and have continued dropping poop in the toilet and using our sterilant bucket soak then a hot wash to achieve clean nappies.

I get that it’s not everyone’s cup of tea, washing poopy cloth nappies in the washing machine… but the sterilant soak before a hot wash in a normal load of laundry removes the majority of muck and it’s honestly not hard to cleanse and refresh the soaking bucket regularly! It may be a little extra work but think about all the money saved in the long run, all the extra bin space, and the good you’re doing for the environment! For us, it’s worth it. 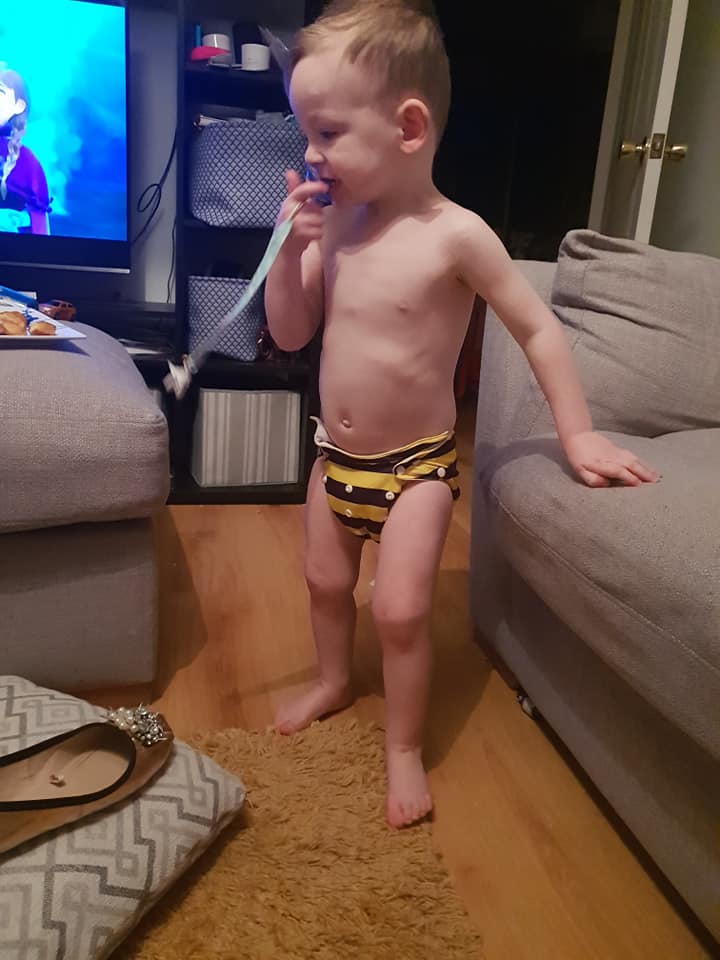 Trying out the bumblebee nappy!

What are the benefits of reusable nappies?

In all honesty, I’m really happy that we’ve made the change and feel like it’s something we can continue doing.

Many mummies mention transitioning gradually; slowly decreasing their disposable nappy use as they become used to the reusable nappies, and that is fine! It’s what we did, and gently phased out the disposable nappies. It’s good to have some as an emergency backup though.

If you liked this, you should read...
Tags
Cloth BumReusable Nappies