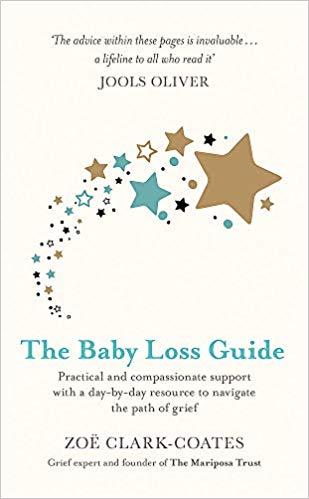 What is a Rainbow Baby?

You’ve probably heard the term Rainbow Baby, and possibly wondered what it means.

The term doesn’t have an official definition but the general consensus is that a rainbow baby is a baby born after the loss (at any stage) of an older sibling.

A rainbow comes after the storm, representing the heartbreak of losing a child, and the rainbow being a symbol of hope that often appears when a storm passes.

Have you heard of the term Pot of Gold?

A Pot of Gold baby is a less known term. What's at the end of a rainbow in folklore? That’s right, a pot of gold! The pot of gold symbolises another baby born after the birth of a rainbow baby.

The Mariposa Trust is an excellent organisation set up to help parents who’ve lost children at any stage. They help bereaved parents find some comfort, peace, and empowerment.

This book* by Zoe Clark-Coates comes recommended by our rainbow mummy colleague Kloe.

I’ve chatted to Yve Jones about her experience of baby loss and her rainbow baby, Dexter.

I found out I was pregnant on Boxing Day 2015 and it was a total shock.

I’d only been with my now fiancé 3 months and now we were bringing life into the world. After the shock wore off we were excited and anxious to embrace this life-changing moment.

Sadly, when we went for our first scan there was no heartbeat. We were devastated.

I just remember having a million questions….why did this happen?! What did I do wrong? Can I have more children?! Will this be the end of my relationship? I knew I would never get the answer to some of these questions but if anything it helped bring me and Dom closer and made us stronger.

After a runaway trip to Disneyland Paris and starting to feel myself again we decided to try for a baby. It’s funny how losing something you never knew you wanted makes you want it even more.

On the 28th of April 2017 our son, Dexter Mac was born and he is the light of our life. I’ll never forget the little bean we lost and will continue to talk about the loss we had and endeavour to help and support anyone going through child loss. 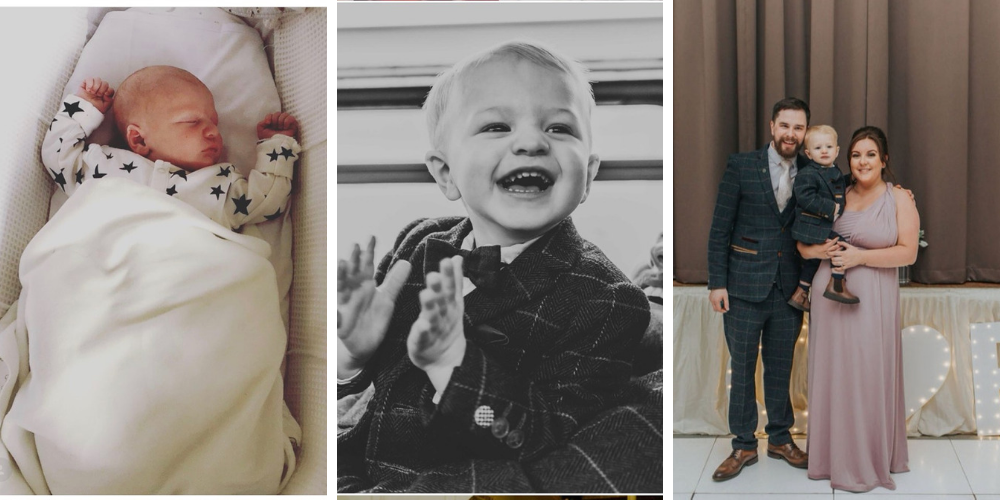 I also chatted to my colleague Kloe Forster, who shared some insight…

My husband and I began our IVF journey back in November 2016. The day before Christmas Eve, after the gruelling 2-week wait of our first 5-day blastocyst embryo transplant I was told: “You’re kind of pregnant… So you’re not not pregnant, but not pregnant enough.” I spent the whole of Christmas praying for a miracle – but a blood test a couple of days after revealed my HCG levels were dropping and this pregnancy wasn’t meant to be. At least it meant I could have a drink and see the New Year in I thought, trying to see the positives in what was such a horrible situation.

We waited until Spring 2017 before our next transfer – using one of our frozen embryos. Again, the dreaded 2-week wait ensued… but this time my levels were definitely high enough! I was officially PREGNANT. We had 2 early scans at our IVF clinic and were discharged under regular antenatal care. I remember being so elated and screaming to my husband “We’re going to be parents!!” But it never really felt real.

At just 8 weeks pregnant we knew it was very early days still, but we decided to share our joyous news with our close family – who were obviously just as delighted as we were! The baby was due on CHRISTMAS DAY of all days, which made everything seem much more exciting too. What a present to look forward to!

To our horror, that same night, I started cramping and bleeding. I couldn’t believe how fast things could change. We went to A&E who took another HCG test and confirmed my levels were still high. I was sent to the Early Pregnancy Unit for another scan to check what was going on. I cried so much in the waiting room – I just didn’t want to accept what was happening.

After what felt like days of waiting, we were finally admitted for the scan. And there, like a beacon of hope – was our tiny baby’s heartbeat fluttering away on the screen. My husband and I were so relieved – our little miracle was clinging on!

Heartbreakingly, that weekend I lost our baby. Words just can’t describe the pain – both physically and mentally of losing a baby. I couldn’t have gone through the whole experience without my husband. He was there for me at my breaking point. To be honest, we were both broken together. It was utterly devastating. He had held our little miracle in his hands – I couldn’t bring myself to look at the time.

Looking back now, I wish I’d made an effort to acknowledge and accept that I had miscarried. I wish I’d said goodbye to our baby properly. I’ll spend my whole life wondering what would have or could have been… Not long after, we planted a rose in our garden that was actually called ‘heartbeat.’ Every year when it blooms, I take time to remember our baby…

Fast forward another 4 months to September 2017 and we were ready to go again. Third time lucky (we hoped).

This time, I had to take my mum with me for our transfer – I don’t think many grandparents can say they were around for the conception of their grandchild but my mum was! I felt at ease with her by my side. This meant she had to go through the 2-week wait with us too. Much to our delight – the blood test confirmed, I was pregnant again!

I’ll never forget the day we saw our third little miracle come flickering into focus on the black and white ultrasound screen. From that moment on, we decided to nickname him/her seed – as that’s how big he/she was at the time!

I remember the first time I felt our rainbow baby moving around in my tummy – those little bubbles/flutters were absolutely magical.

I never managed to relax at all during my pregnancy. I convinced myself something would go wrong again and I shouldn’t let myself get excited again for the fear of being totally devastated yet again. I couldn’t face having a baby shower, as I just didn’t want to tempt fate – I was terrified something else would go wrong.

It didn’t, though. And, on the 28th of May 2018 (just a little over a year after I lost our previous baby) we welcomed our little rainbow miracle into the world. A beautiful and healthy baby BOY! He was simply perfect.

We ordered his pram the day he arrived, as I didn’t dare make any big purchases until he was here and safe in my arms! I wouldn’t even let my husband assemble his nursery furniture – he took the lead though and did it about a week before our baby’s due date.

My rainbow baby turned one a few weeks ago, so he’s now a rainbow toddler! I can quite honestly say that this first year of having him has been the best year of my life. He brings absolute joy to us every day and the love we have for him has absolutely no limits. He has completed our little family and we count our blessings every single day as we are the luckiest people in the world to have him. Every bit of heartache and devastation we went through before him was worth it.

I’ve had tears streaming down my face the entire time I’ve been writing this – I’m pleased to share our story and hope it brings anyone reading some faith that miracles and rainbows do happen.

Share your own rainbow stories with us in comments, or email [email protected] to be guest featured!