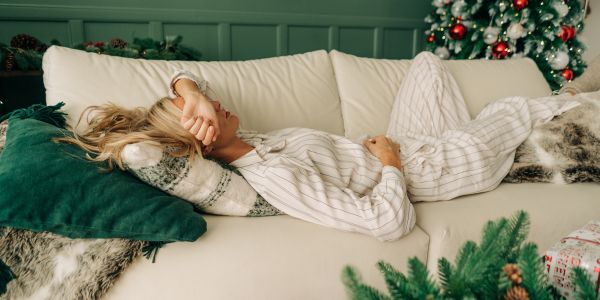 A major study coming out of the North Pole proves that parents dealing with the last week of the winter term, use more brain power and concentration than a brain surgeon in an average working week.

The University of the North Pole interviewed over 2000 parents (99.9% of which were
Mothers but you know, we need to be PC here) to get a clear picture of the festive stress
parents are under.

Hundreds reported rising anxiety levels from 1st November onwards. Having just recovered from the pressure of having to create an insta-perfect Halloween for their little darlings; parents are immediately thrust into Christmas chaos.

Researchers found it started with panicked searching for “overpriced plastic tat” which has
been sold to our children during television ad breaks. Despite knowing that their children
would quite possibly have gone off the toy by 25th December, the parents reported “wild
bastard goose chases” to get their hands on the toy, often ending with them sobbing into the
bosom of an unsuspecting Smyths Toy Superstore assistant.

According to Norwegian Professor Carol Service, this year’s stress levels appear to have
spiked more than in previous years due to “last Christmas being so inordinately shite”. She
told us; “This has produced a phenomen we have termed the making up for it effect. It
basically entails guilty parents who feel their offspring missed out on the full festive
experience in 2020 being determined to go ‘all out’ this year. Only parents who have pre-
booked Santa visits, pantomime trips, Disney on Ice, Reindeer feeding and a trip to Lapland
(PCR tests permitting) are living without deep shame at the moment.”

The key evidence base of the study was when Professor Carol Service and her assistants
applied ECG machines to brain surgeons whilst undertaking life-saving operations and
compared them to the ECG results of parents on December 24th. The results
overwhelmingly showed that the brain surgeons were relaxed and concentrating on the job
in hand (thankfully) whereas the parents (Mothers) had approximately 937 separate topics
fighting for their concentration.

“It’s basically like that meme you know?” Professor Service tells us; “You know the one
where the brain is like an internet browser with too many tabs open? Parents in the last
week of term have to bring a unicorn on Monday, a hens tooth on Tuesday, a change of
clothes and a plate of party food WHICH DOES NOT CONTAIN NUTS on Wednesday, (but
only if you’re in year 2 or 4) gifts for the elderly on Thursday (but only if you’re in year 1 or 3),
presents for teachers, donations for the food bank and a partridge in a fricking pear tree on
Friday.”

Professor Service says her findings suggest that future generations should be encouraged to
go into brain surgery, rather than parenting.