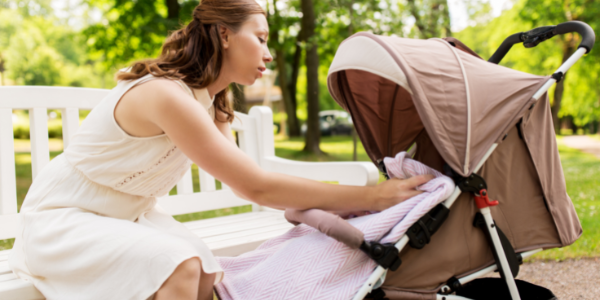 Blankets Over Prams - Be Careful!

One topic that we see igniting debates on social media every summer is... blankets over prams!

As mummies and daddies, we want to do the best by our babies and ensure that they don't get sunburnt or overheat during heatwaves. However, sometimes even with the best intentions, we may actually do things that pose risks without realising - hopefully this article helps!

Young children are naturally more sensitive to heat because their little bodies can rise in temperature around about three to five times faster than an older child or adult. Due to this, younger children are at greater risk of developing heatstroke and other health risks such as Sudden Infant Death Syndrome (SIDS).

Placing a covering over a pram or pushchair during hot weather might seem a great way to provide shade, but it turns out, it can massively increase the temperature that your baby is exposed to very quickly, even if you've left a gap for airflow! Let's take a look at the research...

Svante Norgren, a paediatrician at the Astrid Lindgren Children’s hospital in Stockholm, spoke to a Swedish newspaper, the Svenska Dagbladet, about his findings when covering a pram with a blanket.

'It gets extremely hot down in the pram, something like a thermos. There is also bad circulation of the air and it is hard to see the baby with a cover over the pram.'

He also stated that if a child were to get too hot, they may think they are back in the womb again and 'breathing may stop'.

Afterwards, the newspaper decided to act on Dr. Norgren findings and found themselves that a pram left uncovered on a warm day reached 22C, but when a thin cover was put on, it reached 34C in 30 minutes and then 37C on the hour! However, we must point out the secondary research done by the Svenska Dagbladet wasn't scientific or undertaken by qualified scientists, but their findings were supported by Dr. Norgren.

It's also worth mentioning that experts at the Lullaby Trust have stated that covering a pram with a blanket during hot weather could be dangerous. So what do you need to do?

How to keep your baby cool safely

So, now we know that covering a pram with a blanket isn't advisable, what other things can we adopt to ensure our babies are cool, calm and content during hot weather? 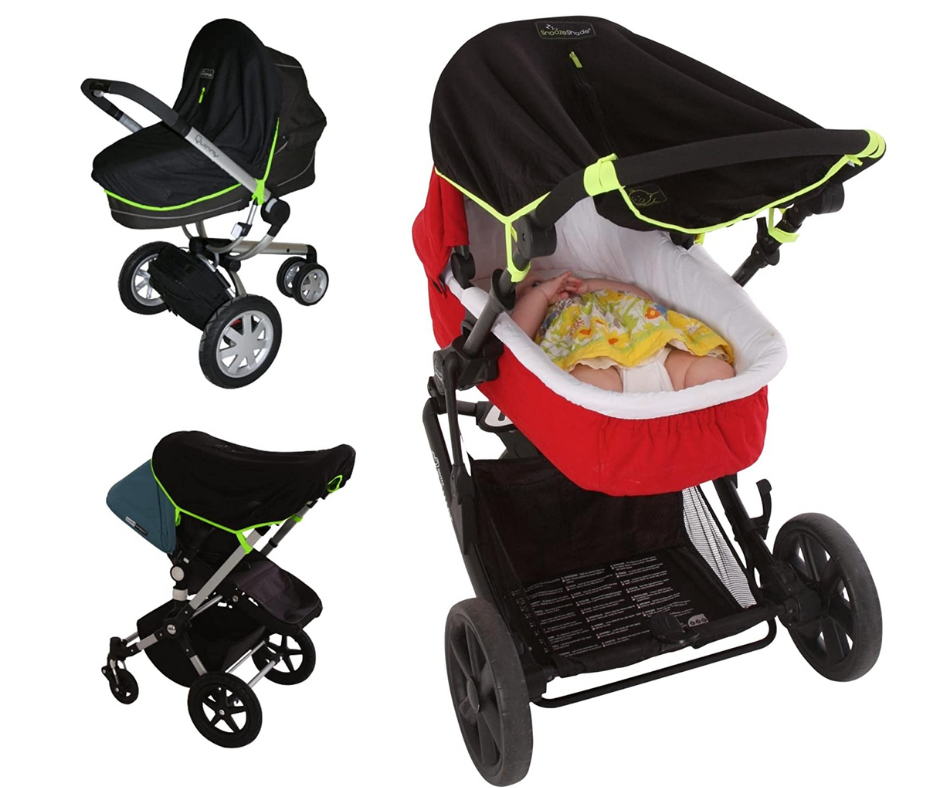 Signs of heat exhaustion and dehydration

If your child develops any signs of heat exhaustion, contact your doctors or 111. If you’re worried or just anxious, always speak to a professional. The NHS website has some great advice on sun safety here.

So, what can we take away from this?

To avoid confusion; the fundamental message is that it is still important to provide your baby with suitable coverage during hot and sunny weather!

We appreciate that you can't avoid direct sun all the time, with advice to avoid the sun during certain times of day not always being practical, but in these instances, a good parasol or SnoozeShade can save the day. Made For Mums did their own experiment and found that muslins are a better option than blankets or keeping a pram uncovered which helps to know in an emergency where cover is urgently needed, but still shouldn't be used for extended periods. Read their experiment here!

When the original Swedish study first emerged in 2016, some parents misinterpreted the advice as stating that babies should NOT be covered in their pram at all, which is not the case technically. We really want to emphasise that it's not a question of covering your baby or not - it's a question of how we do it.

We hope that this information helps you to avoid this fairly common misconception; products that have been officially airflow and temperature tested, and products that are designed to provide shade exclusively such as a traditional pram parasol, are safest to use during hot and sunny weather. You may hear anecdotes such as... "I did that all the time when you were a baby, you're fine!" but the fact of the matter is, it's not the safest practice and there are better ways to practice sun safety. Our number one tip would be to make sure any pram you purchase has a good in-built shade!

Affiliate links are marked with an *