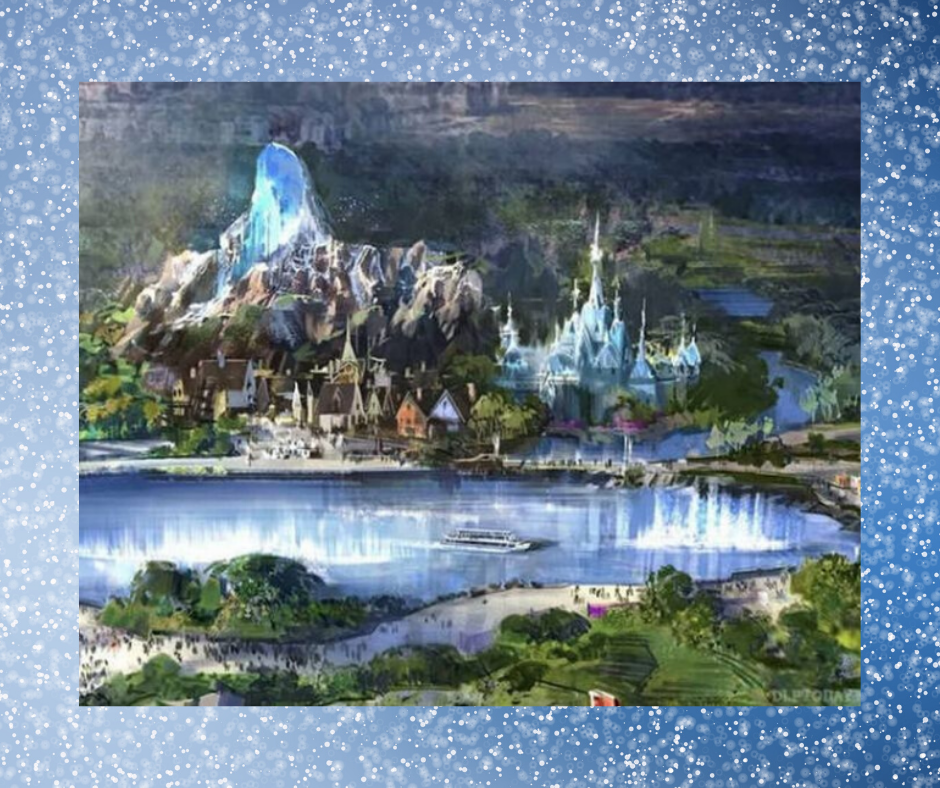 We’re so excited – Disneyland Paris has revealed the first look at the plans for… Frozen Land!

Disney fans, you really ought to read on, because ‘Frozen Land’ is going to be coming to Disneyland Paris along with all of your favourite characters from the Frozen franchise.

“Meeting our guests’ expectations is not enough; our goal is to exceed them. This is what drives us to reinvent ourselves constantly and to be bold, with a desire for innovation and creativity that are at the heart of the Disney DNA.”

The very first look at the plans for Frozen Land show a 7.5 acre lake which will be used to host exciting water-based shows with a 360 degree view of all the performances. There will also be an ENORMOUS Elsa’s ice palace like in the first Frozen film, and also a replica of the Frozen Ever After attraction, which is currently a feature at Epcot at Disney World over in the Norway Pavilion.

Frozen World plans to takes thrill seekers on a voyage through Arendelle, complete with snowy mountains and set up to resemble the town we all know so well from the films!

There will also be…

When will Frozen Land Open?

The attraction is set to open in 2023 – we hope the next three years fly by! Disneyland Paris is having a massive expansion in 2021, so we won’t need to wait too long for those exciting new changes at least. Fans of the Marvel franchise will love the plans for 2021, as there will be an Avengers Campus, rides, restaurants and meet and greets featuring characters like Captain America – wow!

(All images credited to Disney)