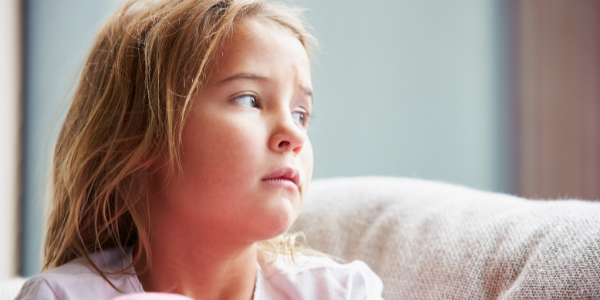 The crisis between Russia and Ukraine is causing a lot of anxiety, particularly amongst children.

Even if you don't intend to mention it to your child, chances are that they may have heard it discussed at school, amongst peers, or perhaps they're able to read and comprehend newspaper headlines. Basically, sometimes as parents we don't have full control over what information we can keep from our children, even with the best intentions.

A lot of the parents in our online community have shared that their children are expressing tension and anxiety over what they've heard about the war between Russia and Ukraine. The fact that we've been through two years of a pandemic, with all of the changes and disruption that this caused at the expense of many children's mental health is further compounding the worries that children are voicing or communicating via other means such as changes in behaviour!

We've put together some insight from other parents and advice that we've spotted in order to support you in supporting your children - it's a very tricky subject to navigate.

What our community told us...

We asked the parents over in our online support group how they're approaching the Russia-Ukraine crisis with their children. Mummy Caitlin shared this viral post she'd spotted with us, which we LOVE - please let us know who to credit if you're aware of the original writer!

"After the last BIG playground fight (WW2), lots of popular kids (WORLD LEADERS) got together and made a big gang (NATO), and all the kids in the gang made a pinky promise (TREATY) to be nice and respectful and not fight each other anymore.
This means not going into each other's part of the playground (COUNTRY) without permission, and not throwing sticks or stones (HEAVY ARTILLERY) at each other, and the UK is part of the gang.
But then a new kid (UKRAINE) joined the playground, and a big bad bully (RUSSIA) started picking on the new kid, all because he is greedy and bossy and wanted the new kids playground space for himself, even though he has one of the biggest spaces in the playground.
But sadly, the new kid is not part of the gang because the big bad bully didn't want the new kid to join the gang.
We would be breaking our pinky promise if any of the gang members help the new kid fight the bully.
We have all told the bully off, and stuck up for the new kid by hiding the bully's pocket money until the bully stops hurting the new kid (SANCTIONS) and this will hopefully stop the bully from buying more sticks and stones.
We have also given the new kid lots of our own sticks and stones to fight the bully, because this is not breaking the pinky promise!
Even though it is really, really sad, all we can do now is stand on the edge of the playground and watch and give moral support to the new kid, because we are not allowed to fight the bully for them, not without breaking the pinky promise.
BUT... if the bully breaks the pinky promise and comes into our part of the playground (UK) without permission and throws a stick or stone at us, then the whole of the gang (NATO) will come and help us, and we will ALL jump on top of the bully (RUSSIA) and stop him."
We think that this is an excellent way to put the war into terms that young children will understand and be reassured by! The analogies used are relatable and the situation has been broken down really well, without the context of the war being warped out of recognition.

Should schools be discussing the war without asking parents first?

This is a good question - some parents are unhappy with the prospect of schools discussing the war with their children in school without their consultation or permission. On the other hand, many are pleased that their children will be learning about the crisis in a setting that is trained to deliver such sensitive information to young children and support them if they're upset! One mum took to Mumsnet to complain that her 8 year old daughter was shown an episode of Newsround at school, which contained coverage of the war, without her permission.

"My 8 year old, primary 4 daughter came home today very upset and worried as she had seen on Newsround which is shown at her school that Russia have invaded Ukraine. She has asked me several times if we were going to get 'hit'. I have tried to reassure her that it won't happen (what else can I say) and not to worry. She then asked me to swear on her life that we won't be affected by it. I said I couldn't swear on her life but not to worry, it won't happen."

She continued the post by explaining that she feels that such serious matters shouldn't be shown within schools as some children, like her daughter, are very sensitive. She asked other forum users if she should contact the school with her concerns, or if she is being 'precious' and should just leave it. The majority of readers felt that she was the latter, and that because Newsround is aimed at children in an educational context, she shouldn't complain.

If you want to show your child the episode of Newsround that covers the war, you can find out more here! We think that it's actually a really good idea in terms of approaching the war with children if you're unsure how to word it yourself.

Advice from Psychologist and Child Counsellor

We spotted this excellent post by Save The Children UK on Instagram, which shares 5 very handy tips about approaching the war from a psychologist and child counsellor. We think that they will help parents to approach their child's anxieties with confidence and ease.

A post shared by Save The Children UK (@savechildrenuk)

This is a very sensitive topic, and one that it may be hard to avoid if your children are of a certain age, and we can understand that many parents don't want to talk about it - both to avoid scaring their children, and because they don't want to think about it themselves!

That said, if your child comes home from school worried about the crisis, we hope that our guide has given you the confidence to support them with information that they understand. It can be really hard to strike the balance between being honest, and being too 'intense' with the information you give - which won't help an anxious child at all - so we hope that the ideas we've found help you to approach the war sensitively.

If you're really worried about your child's anxiety and mental health, speak to your GP and child's school as they may be able to offer additional support, refer to CAHMS, or other services to give your child extra help in dealing with their worries.