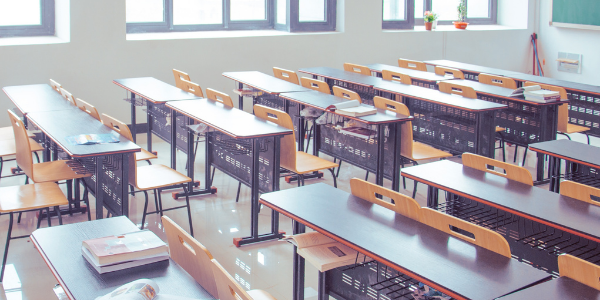 Schools across the UK are drawing up plans in anticipation of potential closures in January.

The news emerged as the number of school pupils absent due to Covid rose to 235,600, which is the second highest this year. Due to the rising numbers in cases with the new Omicron variant, alarmed heads are anticipating new measures in the New Year. A number of UK schools have already closed early due to staff shortages due to Covid, and due to Omicron concerns.

There are unconfirmed reports that several schools in London and Kent have told parents to make sure that pupils take all of their book, devices and belongings home in the final days of term just in case schools have to close in January and switch to online learning.

Steve Chalke, head of the Oasis Academy chain, has told the press that his schools are preparing to bring back bubbles, rota lessons, staggered start times and an extension of mask wearing in anticipation of potental closures. He said: “We are quite prepared for online learning. If we get to the 2nd of January and the Prime Minister says all schools need to be shut, we are prepared. January is the great unknown. But Omicron is sweeping London now and it is going to sweep the country.”

He went on to share that around 400 of his 4000 teaching staff are off sick - the percantage of these that are due to Covid-19 wasn't disclosed -  and warned this number could potentially treble or even quadruple due to the new variant.

At this current time, it appears that schools are merely preparing in anticipation rather than there having being any direct instruction or warning from the Department for Education This seems very sensible, and it will hopefully reduce any potential disruption in the instance that schools do have to extend the Christmas break in January. Department for Education sources have played down speculation of there being a school shutdown, with the insistence that the government is keen to keep schools open.

The National Association of Head Teachers’ chief Paul Whiteman has said: “The Government needs to think very carefully about the mitigations it needs to take to keep schools open next term. Doing nothing is not a plausible or realistic option.”

Watch this space - we will update you with any breaking news about this situation as new developments emerge. You can find updates on the Department for Education website here.