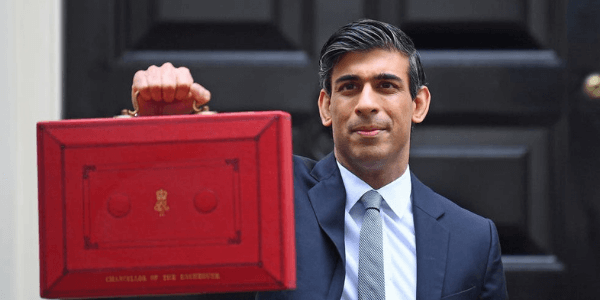 What Budget 2021 Announcements Mean For Parents

Rishi Sunak has announced the 2021 budget, after weeks of speculation in the media...

If you're politically-minded or have an interest in following the news, then you will have seen various potential changes predicted to be revealed today with Rishi Sunak's planned budget 2021 announcements.

Rishi Sunak says that his budget "delivers a stronger economy for the British people: stronger growth, public finances and employment", and also claims that he will give people in the UK support as the costs of living rise, which is news to the ears of families everywhere.

He also announced that while the 2021 budget does not 'draw a line under Covid', it does begin the work of re-building our economy post-pandemic. "Let there be no doubt - our plan is working" were his words, and we're filled with hope that this positive growth continues!

When will the new Budget 2021 changes be put into action?

Rishi Sunak has stated that the revealed changes to Universal Credit will be put into action by no later than the 1st of December 2021, and other announcements are set to be actioned at different times - the additional funding for childcare training looks to be planned for 2024/25.

Here are the points that we think are most relevant to parents and caregivers in the UK, and what they mean for you.

Rishi Sunak has said he "passionately" believes in giving children the "best possible start in life", adding... "We know that the first thousand and one days of a child's life are some of the most important in their development, which is why I'm thrilled that this investment will guarantee that thousands of families across England are given support to lead healthy and happy lives."

Rishi Sunak has put aside approxmately £500 million extra for childcare programmes in the 2021 budget! This is comprised of...

More than 75 parent hubs across the UK will benefit from the large amount of extra funding for support (more than £80 million of the £302 million aforementioned) and we're particularly pleased to see extra funding for breastfeeding support especially with many in-person breastfeeding groups having lost funding in recent years. Once we see concrete dates on this funding being released, we'll let you all know. We're also over the moon to see more focus on parental mental health!

Whilst the extra funding towards childcare training and delivery has been welcomed by many, resources such as Pregnant Then Screwed have pointed out that in 2019/20, the childcare sector was £662 million in deficit and the rise in the minimum wage next year will mean that a lot of this extra funding is absorbed by increased labour costs - Pregnant Then Screwed has called for an overall review of the sector to create a 'transparent strategy' that allows parents to access more affordable childcare. What are your thoughts?

Currently, for every £1 a household earns after their Universal Credit allowance, 63p is deducted from their overall Universal Credit award for that specific assessment period. This will be reduced to 55p in line with the 2021 budget, meaning that households will be financially better off in a move welcomed by many after the removal of the £20 weekly temporary uplift. A single parent working full time on the minimum wage will be around £1200 better off annually by the decreased taper rate!

Rishi Sunak has stated that this will come into effect no later than the 1st of December 2021 but will only benefit those who work as these claimants have a work allowance. Families with one working parent and one stay-at-home or carer parent would benefit. Work allowances will also be increasing by £500 per annum. Overall, these changes mean that working families will be better off in the face of the rising cost of living, news which comes as a relief to those who are impacted by the loss of the temporary £20 uplift.

How does the 2021 budget announcement affect you? What are your thoughts? Let us know in the comments!