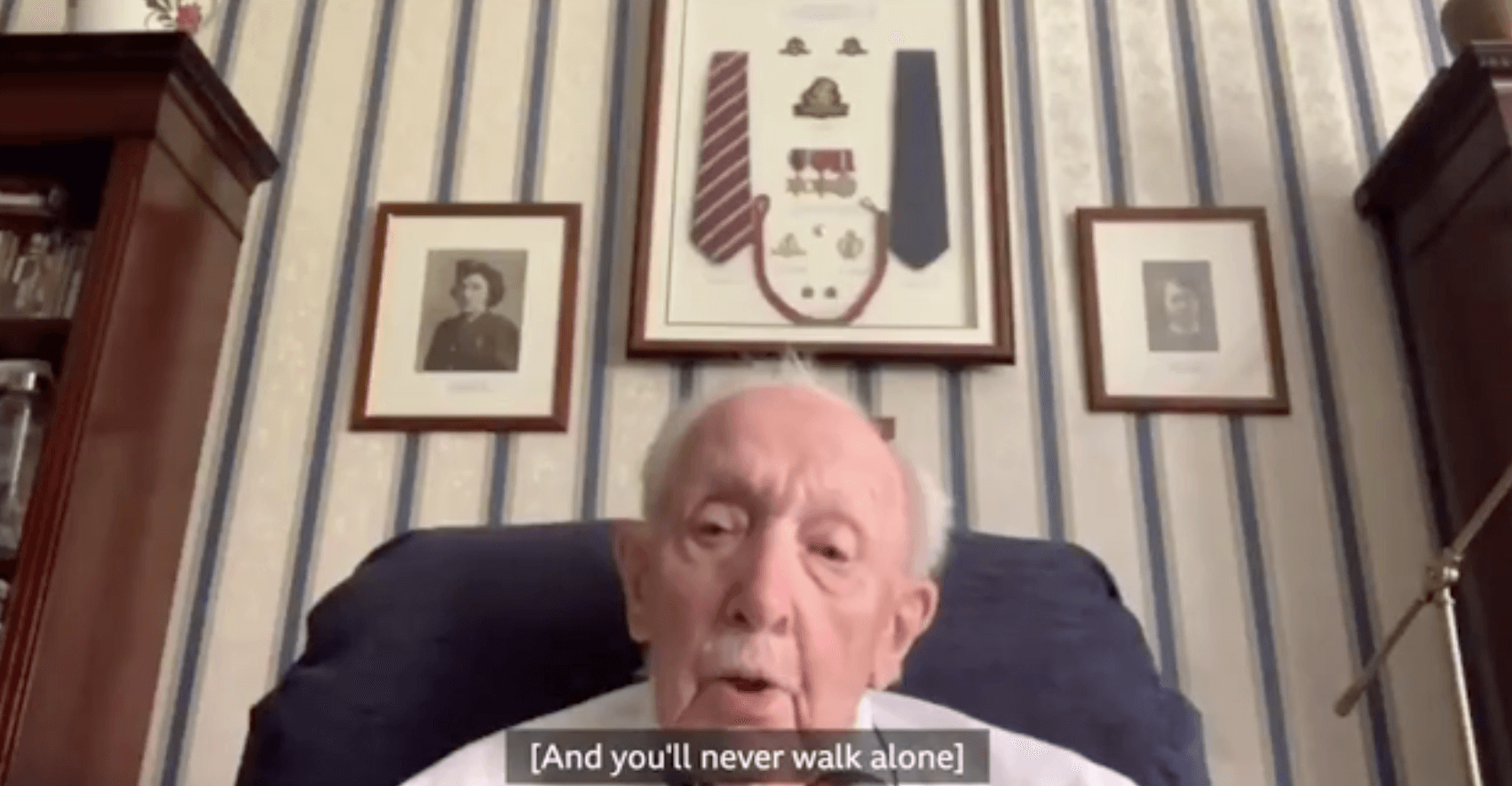 Not only has Captain Tom raised over £26 million for NHS Charities Together, he’s now topping the charts with his charity single too.

The nation’s favourite, Captain Tom, has collaborated with Michael Ball to release a cover of ‘You’ll Never Walk Alone.’ AND, guess what, the song has already reached number 1 in the itunes charts – is there anything this man can’t do?!

Captain Tom will be turning 100 at the end of the month. We’re not sure there’s been many other chart toppers at such a grand age before…

In a recent interview with BBC Radio 2 Captain Tom said the amount of money raised was “absolutely enormous” and thanked everyone who has donated: “I say thank you very much indeed. I appreciate it because the object for which we’re donating is so important and so necessary… I think you’re all so kind and thoughtful contributing to this cause.”

Michael Ball Tweeted: “What an honour it’s been. Captain Tom Moore you are an inspiration. We also couldn’t have done this without the amazing NHS Voices for Care Choir. You can download the single now – 100% of the proceeds will go to Tom’s walk fund. Let’s get him a No.1 for his 100th birthday!”

You can watch the video here:

What an honour it’s been. @captaintommoore you are an inspiration. We also couldn’t have done this without the amazing NHS Voices for Care Choir. You can download the single now – 100% of the proceeds will go to Tom’s walk fund. Let’s get him a No.1 for his 100th birthday! pic.twitter.com/bUWPK0G35T

Princes William and Harry have praised his efforts too.

In a recent ‘Declassified’ podcast Harry said “It’s not just what he’s done, it’s the reaction that people have had as well, I think is again just wonderfully British.”

Prince William spoke out in an interview with the BBC saying:

“It’s amazing and what I love also is that he’s a 99-year-old war vet.

“He’s been around a long time, he knows everything and it’s wonderful that everyone has been inspired by his story and his determination.

“He’s a one-man fundraising machine and God knows what the final total will be. But good on him, and I hope it keeps going.”

Ahh Captain Tom, you certainly know how to reduce us to tears. We’re so proud of you and everything you’re doing! We just can’t thank you enough for your efforts! What an absolute LEGEND!

You can donate to Tom’s Fundraising page here.