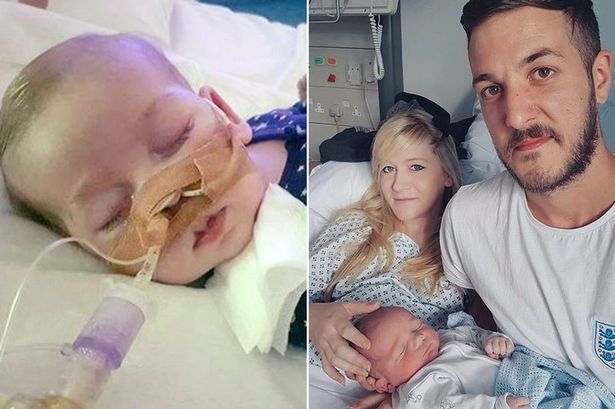 Charlie Gard Has Passed Away

‘Our beautiful little boy has gone,’ said his devastated parents. ‘We are so proud of you Charlie.’ Charlie, aged 11 months old, lost his life on Friday 28th July – Just one week before his first birthday.

On Friday he was moved to a hospice where his life support was withdrawn. He suffered a rare genetic disorder called Mitochondrial Depletion Syndrome.

Charlie Gard first captured our attention when his parents began to fundraise money to send him for treatment in the US. Raising a whopping £1.35m!

This condition causes progressive muscle weakness and brain damage but his parents believed that the doctors in America might have been able to save him thanks to a non-invasive experimental treatment known as ‘Nucleoside Bypass Therapy.’ Which would come in the shape of oral medication.

Due to the type of treatment, it hasn’t received any clinical trials yet. Especially with anyone suffering Charlie’s illness.

Professor Hirano ordered an MRI for Charlie, but unfortunately explained that it was too late for any treatment to work. The scan showed that there was no muscle at all in parts of his body.

Because of this and other factors, Great Ormond Street Hospital refused to allow parents, Chris Gard and Connie Yates, the right to remove Charlie from their care and also refused them to be allowed to take him home to die.

On Monday, Charlie’s father read a statement explaining they were ending their legal battle.

“Mummy and Daddy love you so much Charlie, we always have and we always will and we are so sorry that we couldn’t save you.

“We had the chance but we weren’t allowed to give you that chance. Sweet dreams baby. Sleep tight our beautiful little boy.”

Rest in peace Charlie and our condolences for the family at this time.