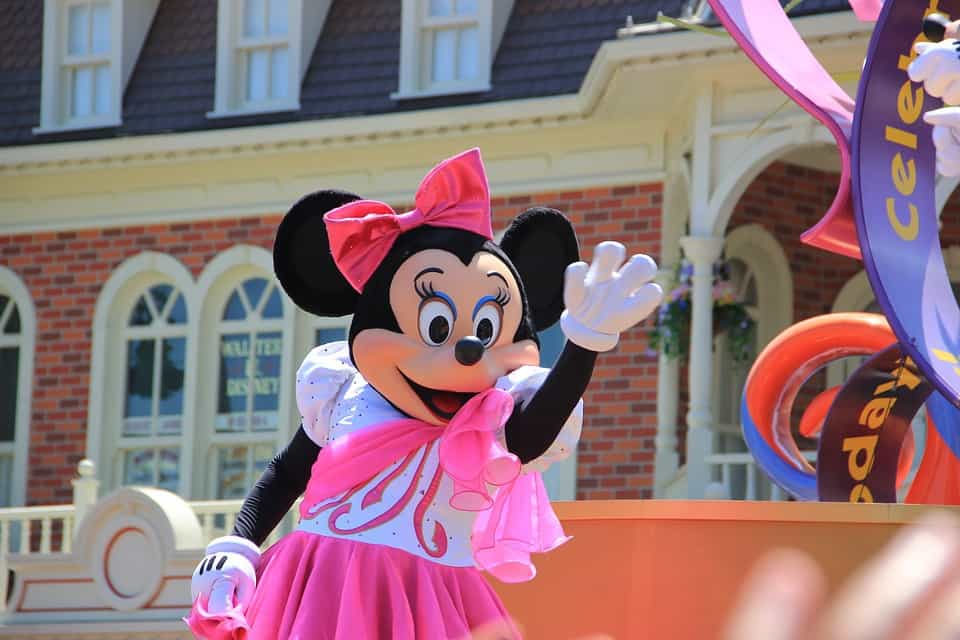 Written by Rachel Kelly for her blog, Tiny Toes and Mummy Woes.

So today I took Amelia for her first trip to Disney on Ice!

I’ve been going to these shows for years, and every single one I’ve been to I’ve watched all the little girls getting all excited in their princess dresses and said “I hope I have a daughter someday to dress up as a princess and bring her with me. I can’t wait to see my own little one so excited to see her favourite Disney princess.” A few years on and I had my own little princess, so I’ve been so excited for this show since I booked it.

I did consider cancelling the tickets after the tragic terror attack on the arena back in May. I just didn’t know if I could ever face going back there myself knowing what had happened, never mind going back and taking my precious princess with me. What if it happened again while we were there? But why should I let them ruin my chance to make those memories with my daughter? I’ve had some of the best times of my life in that arena and it could happen anywhere, not just there, so I put on my brave pants (which just happened to be my shiny mermaid scale leggings   put Amelia in her gorgeous little Rapunzel dress and went along. (I did also have sparkly Minnie Mouse ears to wear, but for some very strange reason Amelia is absolutely terrified of hats, hoods, headbands or anything that she can see of people’s heads. As soon as I put them on she got so upset so I just left them at home) Does anyone else’s baby have this fear?? Is it just a phase??? I’m really hoping so!

I was very nervous and worried about going in at first, I wasn’t sure how I’d feel walking into the foyer where the bomb had gone off, and I was worried I’d be constantly on edge waiting for something to happen. I needn’t have worried. They’ve done an absolutely amazing job of doing up the foyer-  it looks completely different now, and the security was top notch! You can’t even get up the stairs to the foyer now without a ticket to the show, and when you get to the foyer entrance you are directed straight to airport security type metal detectors. I’d carried Amelia rather than struggle with a pram, so as you can imagine getting through those was fun, trying to empty pockets, open bags etc, all while carrying a heavy baby. Luckily Amelia’s daddy had come with us so I had a little help.

Once we were through the security checks we made our way into the arena. By this time I was totally at ease after seeing all the security and all the checks. I did want to buy a little souvenir for Amelia with it being her first time, but there wasn’t much I could get her. The t shirts were all too big, teddies she already has most of them, and there was NO way I was paying £20 for a flashing Elsa wand! Seriously! Why are these things so bloody expensive!? (Although I did feel bad after as she was watching everyone else’s lights all afternoon)

We got to our seats and got settled ready for the show to start, however once it did, it was too loud for Amelia and she got upset. She’s not good with loud noises at all so luckily I’d gone prepared as I was expecting her to cry at the noise. She has a little pair of baby ear defenders so we put those on and she settled down. She was absolutely mesmerized at first, although I think she was overwhelmed as we didn’t even get a smile for Minnie and Mickey who she usually loves! She sat on my knee just staring at the skaters flying round the ice. My soppy mummy heart just burst at her little face and I had to hold back tears. God knows what I’ll be like if I ever manage to get her to Disneyland!!

Towards the end of the first half she got tired and fell asleep on my knee. I was hoping she’d just have a little doze during the interval and wake up in time for the second half, but no, she missed the whole of the Little Mermaid section, which I was gutted about as it’s my favourite so I sing the songs to her and she knows them. After that was Frozen, and she woke up just as Elsa was about to sing Let it Go. I was so happy as she loves that song so I hadn’t wanted her to miss it. I sat and sung my heart out to her, despite her totally ignoring me and gawping at Elsa!

After the show I took her to the Disney on Ice photo booth in the foyer where we had our photo taken with Elsa and put in a really cool Disney on Ice magnetic photo frame, which is now pride of place on my fridge, so we did get a souvenir after all! On the picture Amelia has one of her cheeky smiles on her, which is so lovely as although she was amazed by the show I think the only character that got a little smile was Olaf. Which surprised me as she literally adores Minnie and Mickey!

We had an amazing time and I was so unbelievably proud of how well behaved she was. I think we can safely say I shall definitely be taking her again next time!!

Clearly enthralled by the show!