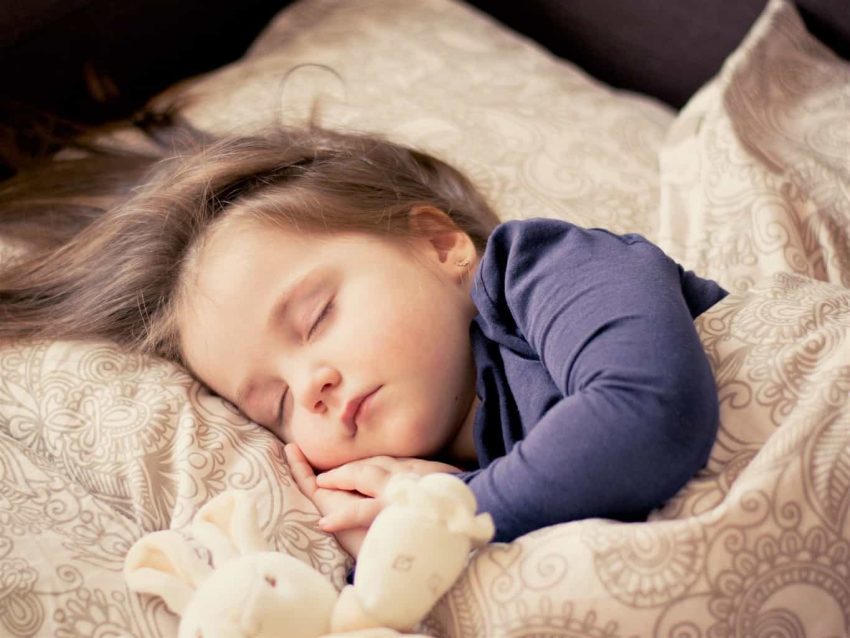 Written by Karen Dennis for her blog, The Next Best Thing To Mummy.

Many parents admit that they can cope better if they get a good nights sleep. My biggest tip to achieving this is ROUTINE.

Whilst childminding, I looked after a boy whose mum said was difficult to get her son to go to bed. When I prepared to put him down for a nap, I would give him prior warning by saying something like… “when we finish snack time, it is time for a nap, ok?” Then when he was in my arms ready to go for a nap I would ask him to say “night, night” to whoever was there – the other children, my husband, the dog,etc. When putting him in the cot I would give a quick kiss and say “go to sleep now, I’ll see you later.”

This really worked so I did the same sort of thing each day and explained it to his mum.

When my own children were babies, bedtime would follow a bath and evening feed. As they grew older they would have bath, warm milk and a bedtime story read before they went to sleep. If a child is given a routine to follow it usually makes for a happier household. Try to avoid over stimulation with things such as television; a warm drink and story is much more calming. My eldest son suffered with nightmares for a while, I cut out orange squash from his diet and they stopped. My youngest son was too clever for his own good; he knew he went to bed at eight after Coronation Street finished. I recall one occasion; it was on later than usual and he put up a fight for a while, until it was explained to him. Another child whom I minded was too frightened to go to sleep in my room as he said there were monsters. It turned out that he had been watching the film “Monsters Inc.” at home. I solved this by putting the cot on my large landing so he didn’t need to be in the bedroom.

Tell me how you found using routines in the comments!