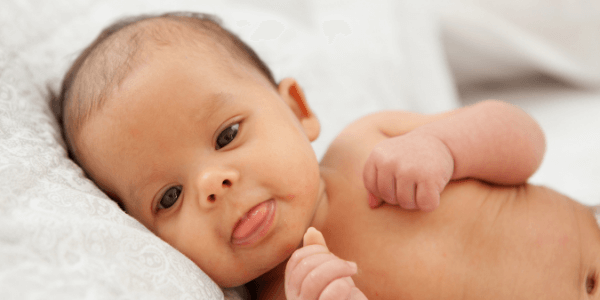 I thought it would be the best for both of us. Brendan latched on well and was a great feeder. I did get very sore and was pretty cut at the beginning, but I know it was never going to be easy. The soreness and cuts soon went and I began to produce the right amount of milk for Brendan as I was full and swollen up until that point.

With Ivy again she fed well and it was painful at the beginning, I had the usual soreness and cuts, but with Ivy I also had mastitis, it was painful and I was very worried, but with antibiotics it cleared up. By around three months it all calmed down and just like with Brendan I carried on feeding well and had no further issues.

I loved breastfeeding both my babies and knew how lucky I was as I know it’s not always possible for everyone and I don’t take that for granted. I breastfed both babies for around 6 months. No major dramas so when I was pregnant with baby number three I thought nothing of it. I was sure it would be easy(ish) again. But it wasn’t! 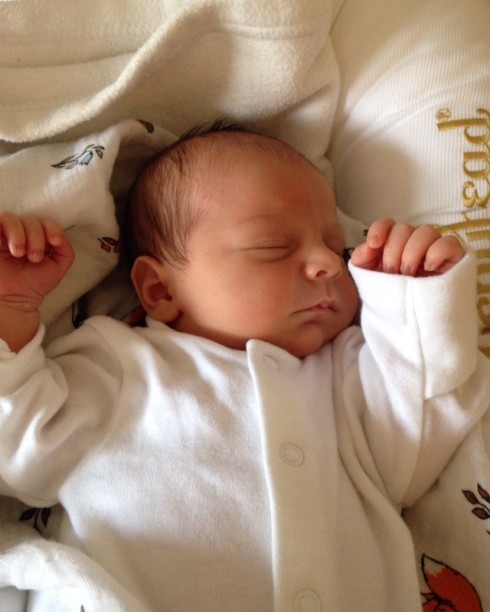 My beautiful boy Elwood was here, as with the other two he fed straight away after birth. For the first time out of three births I was able to go home the same day. Looking back that was probably a mistake, but I jumped at the chance. A health care assistant checked the latch once more and said he was feeding OK and so I left. It was pretty painful but I’d just given birth and pretty much everything hurt anyway. He didn’t latch on right but I knew it was early days. It felt different, much more painful. It came so natural with the other two babies I didn’t really think too much and just assumed it would change. But the days went on and the pain was unbearable.

At times I felt like I needed gas and air to get through it. I was full of cuts and bruises and every time he fed it was pain like I’d never felt before and this pain came very time. I had midwives visiting me everyday, trying to help me with positions but nothing worked. Then the mastitis came and this time it was much worse than with Ivy, I didn’t realise it could get much worse.

Nevertheless I soldiered on hoping that the next feed wouldn’t hurt so much. We went to a feeding clinic and they were very nice, the lady tried so hard and I totally broke down. I didn’t understand why he couldn’t latch on. The lady in a very kind way blamed me and it must be because I was feeding the other two wrong. Everyone I saw seemed to say totally different things.

After this a midwife came round and took one look in Elwood’s mouth and said, “well, you do know he has tongue-tie don’t you?” Ummm no, ‘what the hell is that?’ I thought. I cried because whatever it was, it was the reason the feeding was so bad.  She explained what it meant and said it usually sorts itself out and not to worry. Well I quickly went online and saw what this actually meant. I realised how this affected his feeding and what it could mean long-term, with his speech also. Why had we got so far and nobody else has checked for this? I’d had midwifes round everyday! I’d been to a feeding clinic and been in to see midwives. I couldn’t believe it. Well, time went on and it didn’t sort itself out. Next came another batch of mastitis and this time it was worse than ever, it was so painful that I could barely move. The health visitor came round and I was in a terrible state. The pain was unbearable. By this time Elwood had a terrible cold as with the rest of the house. I was feeling run down and wasn’t able to enjoy my beautiful baby with all of this constant pain. 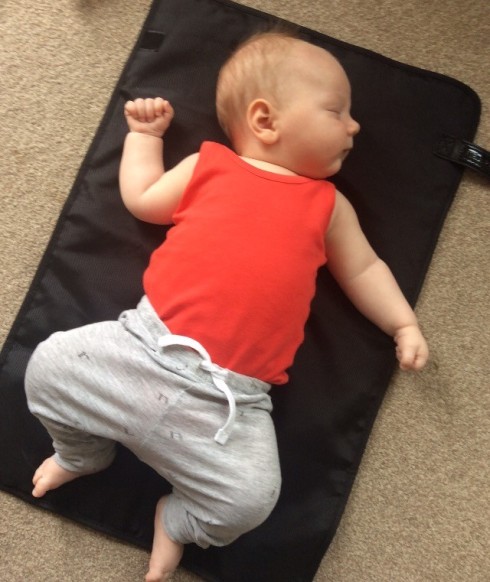 I wasn’t giving up, I loved breastfeeding and knew that it was still the best option for us. There was a procedure that could be done by the hospital and after careful consideration Paul and I decided it need to be done. It wasn’t an easy decision but long-term he could run into other issues. it seemed simple enough, so we were referred for it.

Elwood’s tongue was in a perfect heart shape and he could barely open his mouth. Finally after a huge dose of antibiotics the mastitis started to go. Then after a large amount of toing and froing, finally I got the letter for the procedure. The doctor looked in his mouth and didn’t understand how we had got to this far without getting it done sooner. It was horrible and even though Elwood didn’t do too bad, I couldn’t be in the room, it was too much for me. I waited in a small room for him and they brought him straight into me when it was done. I fed him straight away. Unfortunately this didn’t make any difference and Elwood continued to struggle.

So after a few weeks he had the procedure again. It was hard but this time it worked. He fed so much better. He latched on better and even started to stick his tongue out!! His tongue went back into a normal shape and he’s a brilliant feeder. I adore breastfeeding him and to be honest I really don’t ever want to stop! When it comes to the time I’m sure I will be a mess. Formula milk is brilliant and with both Ivy and Brendan they went on to it once I stopped breastfeeding. I have no idea when I will stop this time, I have no plans yet and will just go with the flow and just go with it. Despite the constant trying, Elwood has never taken a dummy unlike the other two. Nor has Elwood had a bottle, so I’m unsure if he will ever take one. Maybe he will go straight on to a beaker? 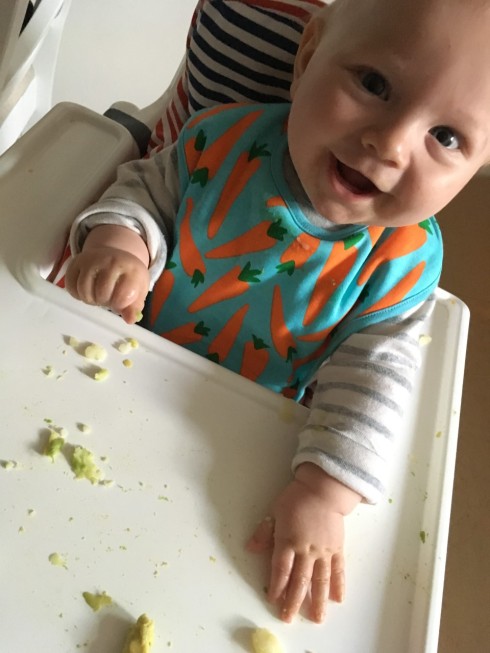 I go back to work in February and he will be one in March. I wish I knew what tongue-tie was before he was born and that it could happen to anyone. I wish they could have looked into my babies mouths on the day of the birth to see if this was something he had. I didn’t want to feed in public when Elwood was first born as the pain was too much and I looked so distressed. Just getting in and out of the shower, or out of bed was terrible due to the pain. I never want Elwood to go through any unnecessary procedure either. But looking now at what a brilliant breastfeeding baby he is, and how he’s thriving I know it was the best option for him.