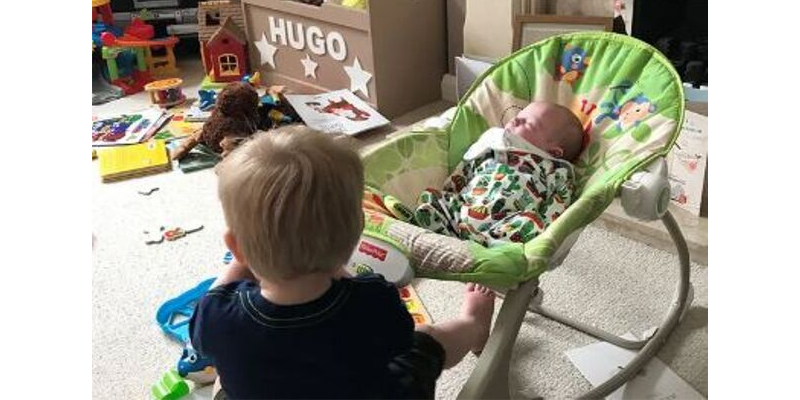 All babies are difficult to feed at one point or another whether it is struggling to latch, finding the right bottle that doesn’t caused trapped wind the list goes on but one of the prolonged difficulties of feeding is if your baby has reflux.

Both Hugo and Teddy have and had reflux, I was lucky with Hugo it diagnosed at his 10 day health visitor check and with reflux milk and early weaning it seemed to disappear by the time he was 5 months when I was able to move him onto normal formula until he was 12 months. Teddy however, struggled with an increasing amount of sickness for the first 6 weeks of his life with no other symptoms, he was originally put on Infant Gaviscon but after a week we had noticed not much change so after visiting the health visitor for us 8 week check we discussed trying him on the reflux milk which we are having much more look on but even at 12 weeks we are still having daily issues.

My survival kit I cannot be without

I have decided to write this post to give what I hope are my helpful hints for dealing with a reflux baby and what I have learnt along the way.

Things I like to have nearby and find helpful to use on a daily basis:

I am sure that there are things on here that I have missed out and please if you feel that I have and can add it on to help other parents please let me know. If this can help one family help with a reflux baby in the early stages I will be overjoyed.

Written by Hannah for her blog, The Life of H.

About Hannah Cornaby
Hi I am Hannah I am 30 years old and a mom of 2 little boys Hugo who is 2 next month and Teddy who has just turned 3 months, I started writing my blog a couple of months ago as a way to get my thoughts and feelings out as well as giving myself something to look forward to during my maternity leave.