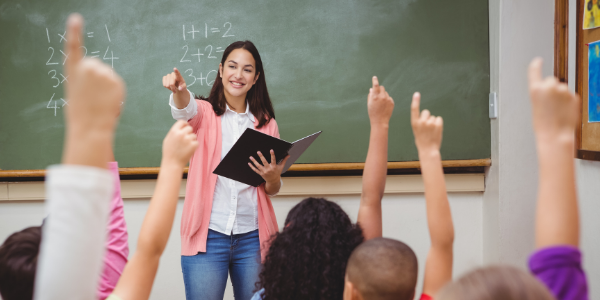 A leaked lecture to a teaching union has revealed that schools are being advised to drop 'Mrs' and 'Mr' in favour of gender neutral terms.

A webinar lecture was recently held for teachers by the charity 'Educate & Celebrate', who work with young children struggling with their gender identity. The lecture, entitled Getting the Language Right for 2022, was organised for members of the National Education Union.

Speaking at the lecture was the chief executive of Educate & Celebrate, Dr Elly Barnes. In a leak of the lecture content, teachers were told that instead of 'gendered' terms such as Mr, Mrs & Miss, teaching staff should be referred to as “teacher” or “headteacher” and then their surname.

Instead of referring to certain pupils as 'head boy' and 'head girl', teachers were also advised to switch to terms such as 'head pupil', and 'parent' rather than father or mother. Dr Barnes also reportedly advised that gender categories should be erased from school application forms.

The advice given in this lecture goes against the current policies of the National Education Union, who are fully supportive of the need to accommodate gender neutral and non-binary pupils and staff, but who do not currently believe that schools in the UK 'can or should' adopt the advice that Dr Barnes is advising.

The National Education Union has stated that 'thousands' of teens now identify as non-binary.

However, they will be investigating whether the content of the lecture was 'consistent with their policies'. Schools are seen as the 'frontline' in removing the stigma of LGBTQ+ by Dr Barnes and the charity, with Dr Barnes, having preciously recieved Department of Education funding for the charity. She is also an outspoken advocate for gender neutral school uniform.

A NEU spokesperson told The Standard:

“An increasing number of teenagers are identifying as non-binary, and education needs to respond to this - but the NEU does not believe that schools can or should adopt gender-neutral language across the board.

This training came from an external provider and was organised locally. The NEU will review its contents to ensure it is consistent with our policies.”

Educate & Celebrate has been approached for further comment by The Standard and has not yet responded.