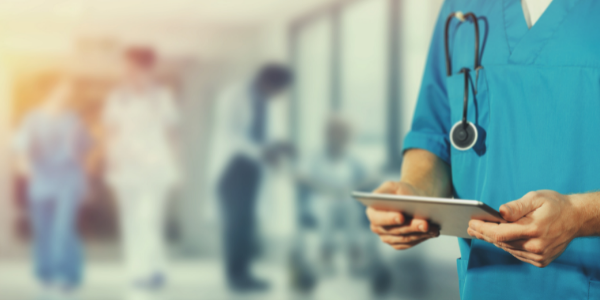 When we have a baby, we come to expect a certain level of professionality from those involved.

One new parent took to the Reddit AITA (Am I The Asshole) board to share her shocking experience and ask, is she the asshole for reporting a rogue nurse for her inappropriate and insensitive comments when asked to book in a vasectomy for the new dad.

As parents, we all know deep down that sometimes, bad things can happen and that this is mostly out of our control; following safe sleep guidelines, common sense and medical health advice is a great way to keep the risks as low as possible but most of us remain aware of the fact that life can throw terrible things at us. However... we don't want or need reminding of it, especially not when making an informed decision about our own bodies and our own reproductive health! Check out the full post below. 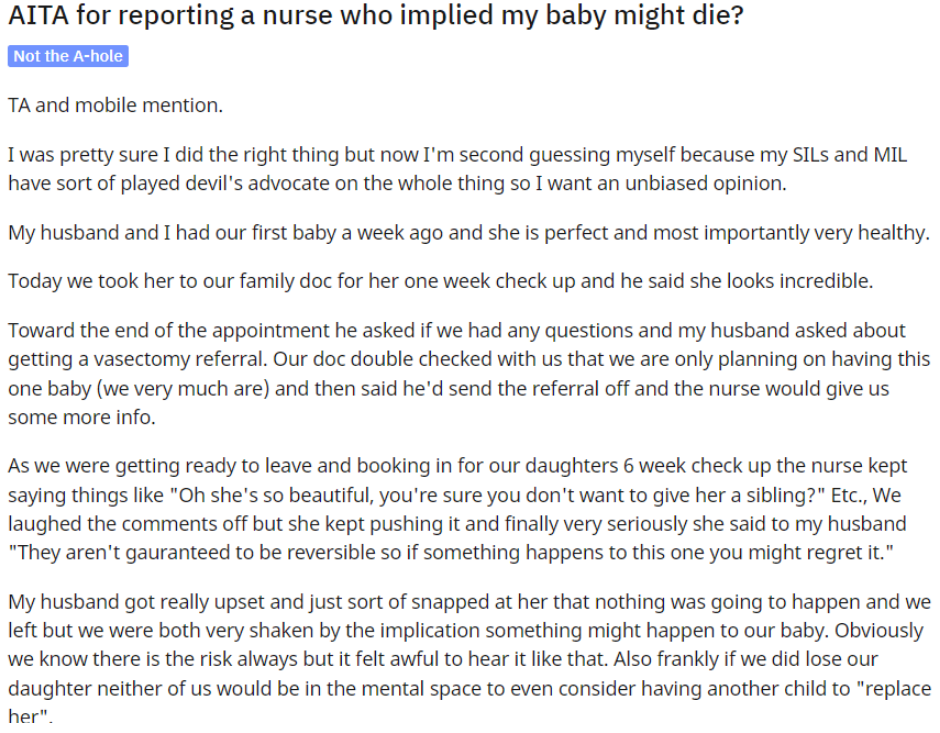 The new parents were unequivocally voted NTA (not the asshole) for reporting the errant nurse for her comments - a large number of responses called her out as 'unprofessional', 'insensitive' and 'overstepping'. Many did concede that, as we previously said, unforeseen things can happen in life but there's absolutely no reason to casually mention this when trying to persuade a total stranger (and patient at your place of work) to not have a procedure that they've already decided that they want for personal reasons. The top comment was...

"NTA. The nurse was pressuring you and your husband into not getting a vasectomy. This is unprofessional and the fact that the nurse would even imply that “something would happen to her” is so gross. You're new parents of course you're going to be nervous but what she said crossed a line."

Some comments also pointed out that the nurse was breaking privacy codes (HIPAA in the United States) by openly discussing their medical situation openly at the front desk with other patients in close proximity, and shared their thoughts that the nurse needs to be reprimanded on this front too, which we can definitely agree with.

The nurse was incredibly out of line, and it was not an appropriate thing to ever say to a new parent. We're sure most of you will agree that it's an anxious time and most of your subconscious thoughts are spent on worrying about your little one; "what was that noise?! Are they breathing? I know we JUST checked, but are they still breathing? What's that mark? Oh no. Quick, call the doctor." If you relate, it's absolutely normal and common! The very LAST thing these new parents needed was a flippant and insensitive comment, especially not when it's in interference of their reproductive health and right to choose. The nurse needs reprimanding at the bare minimum, and it's not an 'asshole' move to report professionals who don't respect our boundaries.