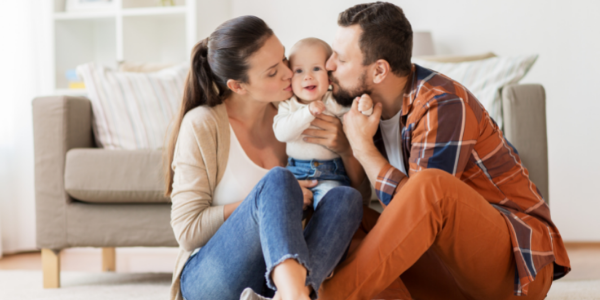 Have you ever found yourself saying something so utterly bizarre that, out of the context of parent life, people would think you're certifiably insane?

You're not alone, not by a long shot.

We asked the parents in our online community to share with us the weirdest things that they've found themselves saying, things that they would NEVER have dreamt they'd ever utter pre-parenthood. What they shared with us was eye-opening!

"Stop playing with your willy!"

Parents of boys all over the world will be nodding at this one - that troublesome appendage always seems to be the focus of fiddling, wiggling, and tugging so violent that it makes us wince! On a side note, how DO they manage to be so rough with it without it hurting them?!

"So much poo everywhere!"

A pre-warning for our readers that the majority of this list is related to poo. Before parenthood, you have NO idea what your relationshit - oops, I mean relationship - will become with excrement. It will become your best friend and your worst enemy. You'll love it when your children do it, because constipation is no joke, but you'll be woefully unprepared for the poonami disasters incoming...

Celebrating pooping is something you'll find yourself doing, and before beoming a parent, none of us ever dreamed that poo would be something that we'd be so elated to see - sometimes, anyway.

"Do NOT put that poo in your mouth!"

Ok so we're back to the 'hate' part of your relationship with poo now. Did you ever, in a million years, predict to hear yourself shouting this at your future kids? We think not.

"Come here and let me pick your nose!"

Why is picking our child's nose so satisfiying, even if you're a parent who is grossed out by bogies?! Loads of the parents in our community relate to this one. We definitely found ourselves taken aback when we found ourselves bargaining for nostril access with our little ones...

We could probably add a thousand more things to this one, and we're sure you could add your own variations, too. What is it with kids and exploring everything with their tongues?! They definitely don't warn you about this at antenatal group sessions...

"Your underwear is not a pocket."

Finding your child stashing food, toys, pebbles, and other random detrius in their underwear can be a bit of a shocker! We certainly never anticipated this one, either...

"No, you're not taking the Christmas tree to bed with you."

A relevant contribution given the time of the year - anyone else finding themselves shouting themselves hoarse that no, the Christmas tree, fairy lights, or other random festive decoration is absolutely, categorically not going to bed with your kids? Kids are weird, case in point.

We never expect to find ourselves arguing with minature versions of ourselves over what they're going to have for breakfast. Pre-kids, we have rose-tinted visions of ourselves sitting around a breakfast table and serving our little angels their Weetabix and toast in a civilised manner... not caving to unreasonable demands just to get out of the door on time. There's no shame, mummies and daddies.

Ending things on another poo-related note... you never dreamed that you'd be directing your kids to poo in the toilet, not in the many random places that the mummies and daddies shared with us. Pooping on the dog has to be our winner for 'most random'!

If you liked this, we think you'll enjoy...