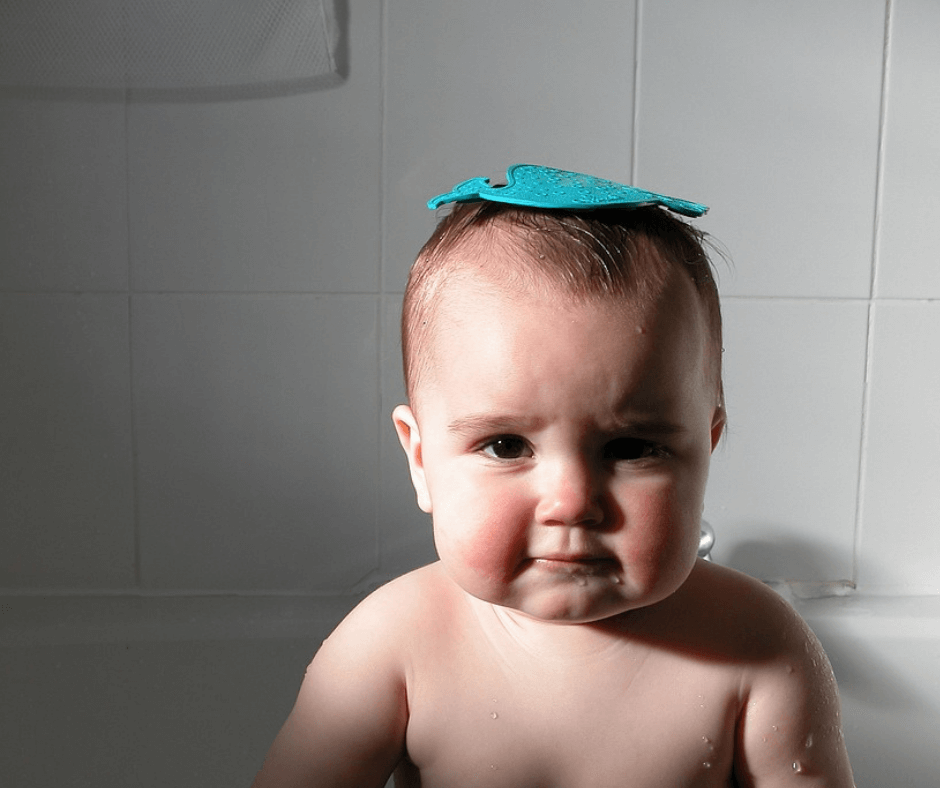 Ashton Kutcher and wife Mila Kunis have sparked a debate over how often we should be bathing our kids!

The Hollywood couple have candidly revealed that their two children, Wyatt and Dimitri, are only bathed when their parents can ‘visibly see the dirt’ – and my goodness, how the parenting community have reacted! Opinions are very starkly divided, with plenty of mummies and daddies breathing a sigh of relief and admitting that they too have no bath time routine. Others have, however, reacted with shock and expressed hygiene concerns.

During a podcast with Dax Shepherd, the parents were asked; ‘who taught you not to wash?’ to which Mila responded;

‘I didn’t have hot water growing up as a child so I didn’t shower very much anyway. I wasn’t that parent that bathed my newborns, ever.’

It appears that Ashton and Mila aren’t actually THAT controversial or unusual with their baby bathing stance. In fact, the vast majority of parents who voted on our poll do NOT have a specific bathing routine in place and they only bathe as required. Many of these voters did explain in the comments section that essential washing such as face, ears and teeth is done daily. A smaller group admitted that they try to implement a bathing routine but they’re not always consistent with it!

I have a bathing routine in place for my kids and I stick to it: 24%

I try to have a bathing routine in place but it’s not consistent: 16%

I do not have a bathing routine in place, I bathe the kids as required: 60%

My son would have a bath nightly if I let him(he’s 5) as a baby I bathed him 3 times a week unless he had a nappy explosion! As he’s got older he loves a bath but I try to limit it to every other day so he’s not washing away natural oils.

I have the thought of every other night but doesn’t always go to plan. Just go with it.

When the weather is hot I tend to bath him most nights as they’re always sweaty but winter time I tend to do every other night or when they need it!

School times they are bathed ever night, cause the come out of school filthy, on a weekend only if they need it or have been swimming. Holidays it’s a matter of if they look dirty or have had suncream on, think it’s nice to wash it off before bed. Hairs are never done every night.

SO the jury is out – quite a lot of parents, like Mila and Ashton, don’t have a strict bathing routine for the kids, or even one in place at all. Many of us (myself included) are likely feeling a lot more relaxed knowing that we aren’t doing anything terribly wrong here! We were also really interested to see a lot of parents mentioning dry skin and natural oils being lost due to over washing, so we looked into it further.

How often SHOULD we bathe our babies and children, then?

The NHS baby care guidelines reassure parents that we do not need to bathe babies every night! You can read more here – there is no guidance on the NHS website for older children, but there are indeed studies out there that do conclude that washing daily can contribute to dry skin and eczema.

Dr Jennifer Crawley, consultant Dermatologist for Childs Farm products, told the Daily Mail that regular baths are ‘important but there is no hard and fast rule’ and that ‘for children aged four and above, it is completely fine to bathe them everyday as long as there is something super hydrating in the water’. She went on to point out that ‘there’s nothing wrong with bathing your children less frequently. However, it is a great way to bond with your child, help them with their development and have some playtime’.

We also found out that the American Academy of Dermatology advises parents that children aged between six and 11 should bathe at least once or twice a week, and more if they have been engaging in messy play.

Did this help you to feel more at ease with your lack of bathtime routine? What are your thoughts? Tell us in the comments!