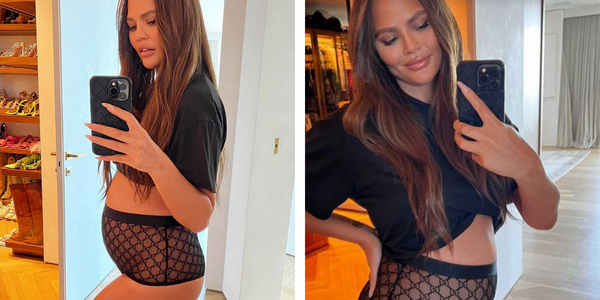 Chrissy Teigen and John Legend have announced that they're expecting another baby!

We were absolutely heartbroken for Chrissy and John when they lost their little boy, Jack, in a late miscarriage last year. You can read about this here.

It was an incredibly traumatic event after many weeks of heavy bleeding and medical issues that resulted in a late second trimester loss of their baby boy. At one point, Chrissy stated that she'd 'never be pregnant again', not revealing specifically why but with sources speculating that this was due to the health condition that caused the loss of Jack, and due to the trauma of the loss.

Today, Chrissy took to social media to share their joy that they're expecting their fourth baby - yes, their fourth, with some news outlets insensitively saying 'third' which many baby loss charities and bereaved parents have criticised, as it ignores the life and existence of baby Jack.

Chrissy hasn't revealed what gestation her latest pregnancy is at, but we're guessing that she's around the halfway mark. In her post, she alluded to being on medication to keep this pregnancy safe and sound, after the serious medical issues she experienced throughout her pregnancy with Jack.

The whole team at Bump, Baby & You send their best wishes and a huge congratulations to the family! There is nothing quite as heartwarming as a rainbow after a storm, and we hope that each and every one of you bereaved parents struggling are able to welcome your very own rainbow baby one day.