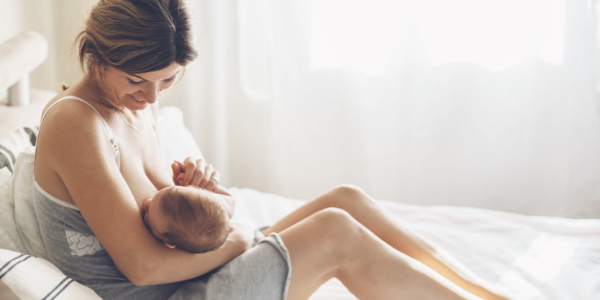 The concept of 'wet nursing' other people's babies is definitely a contentious topic.

There tends to be two schools of thought on this matter, with one side fully supporting and endorsing it, given that wet nursing has been a 'thing' for many centuries; and with the other side against it for various reasons. One big concern often cited in discussion is that it's very much based on trust - the trust that the breastfeeder hasn't taken illicit drugs and doesn't have a contagious illness that can be passed on to your baby.

One dad took to Reddit to ask, is he the asshole (AITA) for suggesting that his wife could breastfeed the baby of a colleague who was being babysat by her? This was to save her a trip to retrieve expressed breastmilk that the baby's mum forgot to take out of the fridge and send across. His wife is currently exclusively breastfeeding their own baby, and his wife went ahead, much to the outrage of the mother of the baby in question. Read the post below... 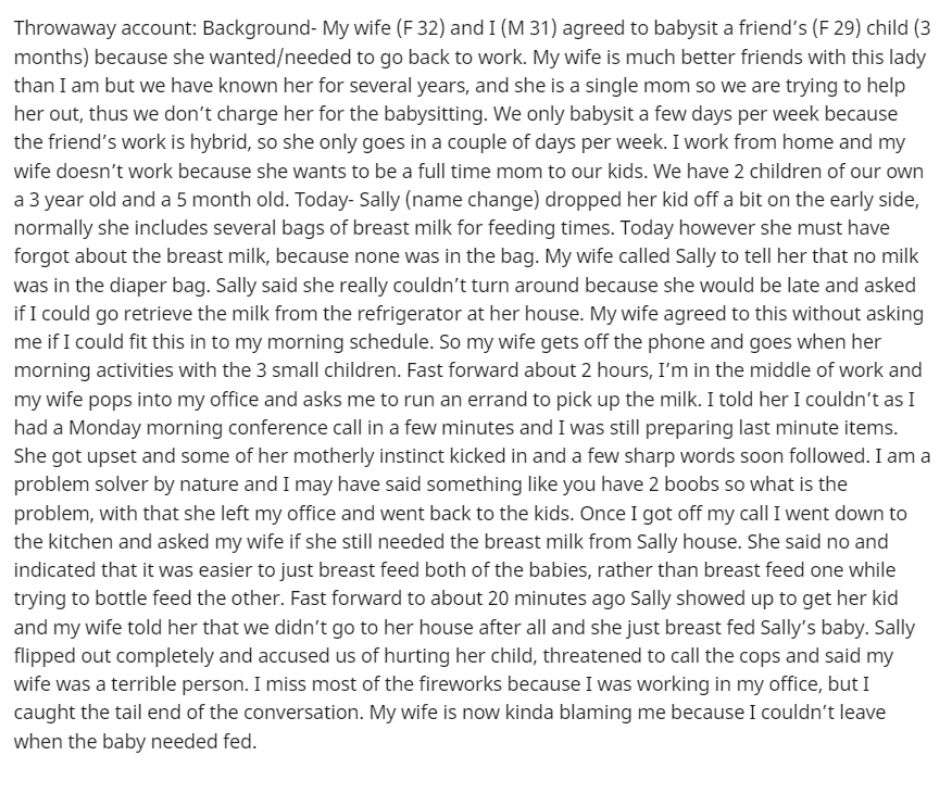 The majority of readers of this thread voted that 'everyone sucks here'. It was pointed out that all sides are in the wrong - the mum for not ensuring she sent enough milk, for being out of contact when she has a small child who may become poorly and need her, and for expecting the babysitter to go out of her way; the husband of the babysitter, for not making a short trip that would have taken minutes and saved drama, as well as for suggesting his wife breastfeed another baby without the permission of mum; the babysitter, for not mentioning the lack of expressed milk sooner as well as going along with breastfeeding a child without permission. The top comment was...

We feel that wet nursing a child is absolutely fine, perhaps even life saving, in certain situations. The fundamental problem in this situation is that the mum of the child being looked after wasn't asked. However, no matter which way this was handled, there would have been upset. If formula had been purchased and given, this could also have caused the same upset, given that the babysat child is fed expressed breast milk, and allergies etc wouldn't have been taken into consideration. If the baby hadn't been fed at all, again, mum would have been angry!

With the information given, it's indicated that she was difficult to get hold of, and we also think that it was on the mum to go and get the expressed milk from her house. She shouldn't have expected her babysitting friend or her husband who was working from home to do the running around, but the babysitter should have questioned her husband's suggestion and stuck to the original plan of retrieving the expressed milk, inconvenient or not.

Everyone sucks here - but we're just glad that the baby was fed in the end!