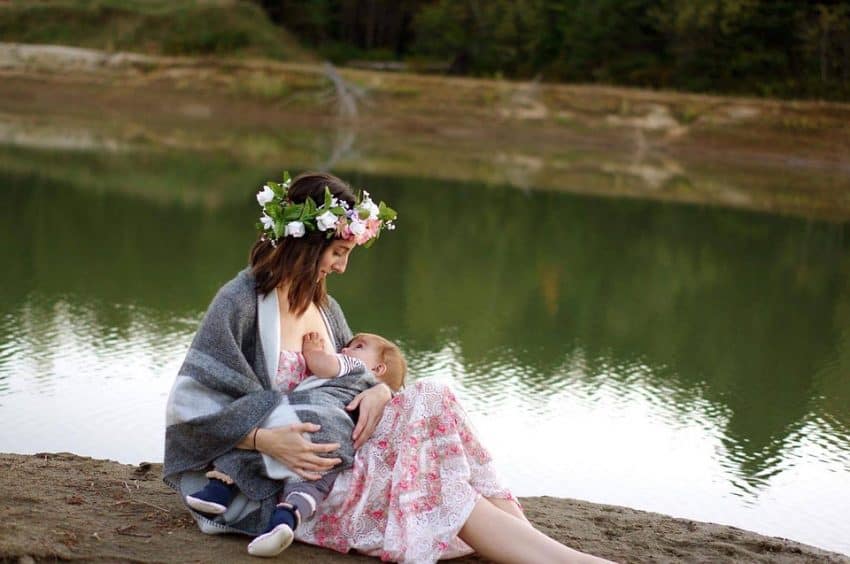 ‘Isn’t she a bit old for that?’ ‘You must be stopping soon.’ ‘Its more for your benefit than hers.’ etc etc.

Earlier today Amber showed the signs for wanting a feed (I.e. pulling at my top!) during a rhyme-time session at our local library. I discreetly latched her on and was surprised to see what I interpreted as shocked, quickly followed by disapproving faces from the all female group. I immediately felt embarrassed and moved away to stand facing the wall until Amber had finished.

Although society has evolved to become more accepting of mothers nursing their babies in public, today led me to wonder at what stage is it no longer acceptable to do so?

When Amber was very young I was lucky enough to only experience a handful of negative experiences and disapproving looks – courtesy of mainly middle-aged ladies in cafes – but my experience of feeding in public was largely positive.

However now it appears that attitudes have regressed as Amber has grown. It is proven that toddlers still receive health benefits from breastfeeding, a little bit of quiet time with mummy in a busy world – so why the disapproving looks? The World Health Organisation & Unicef reccommend breastfeeding until two years of age, but there is still a widely held opinion that it must stop at 6 months of age, or you run the risk of being routinely judged in public.

My answer to those who ask?

I don’t know when I will stop, my eldest self-weaned at 14 months and that is what worked best for us at the time. Establishing breastfeeding is a hard slog, and I’m not about to give up the milky snuffles and warm midnight cuddles of my last-born in a hurry. For the time being I will continue to feed my toddler – yes, no longer a baby – when she feels she needs it, and I wont be hiding away in a toilet cubicle in the process!