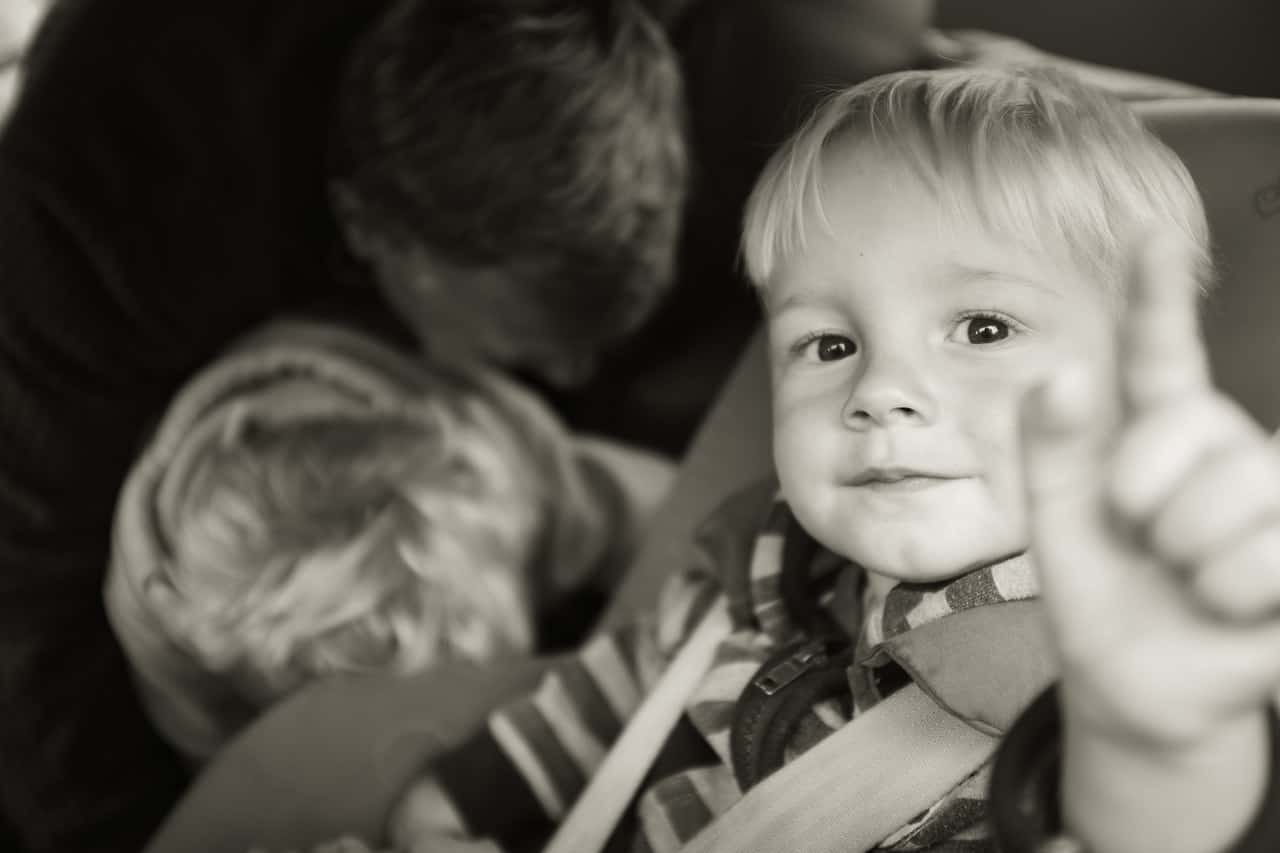 Oh The Joy Of Travelling With My 8 Month Old Son

So the day that I had been looking forward to and dreading at the same time had finally come. I was travelling to Australia for 2 months with my 8 month old son.

I had come up with this brilliant plan when I was pregnant and was convinced it was the best plan ever. I would get to bask in the Australian sunshine, while Husband to be was working offshore and would get to hang out with friends and family, and be back home in time for Christmas. How amazing! Right?

But since giving birth I have realised that parenting is not as straight forward as I had originally thought or hoped and the thought of such a long flight alone with my baby was starting to weigh down on me. My son despite his cute chubby face, at times, liked to take on the persona of a demon child from hell and I wasn’t sure how he was going to react on a plane.

But despite my anxiety I tried to be positive. The flight from Aberdeen to London and Singapore to Perth were both fairly short, I could entertainment him. What I was really nervous about was the 13 and half hour flight to Singapore. How could I keep him still and entertained for 13 hours when even at home with all the toys and rooms to play in he got bored and frustrated very easily. My hope was that he would sleep. It was a night flight after all, so it would be like night time at home right?

We board the flight to Singapore and to my surprise my son was in the best mood. The two seats next to us where currently empty and he was happy sitting and smiling at everyone while I packed our things away and prepared our seat for the long journey. I was briefly overcome with pride as he charmed all of the flight attendants including the middle aged man sitting nearby.

But my positive mood slowly started to fade when two young women plonked themselves on either side of us with ” oh no, not a baby” expressions on their faces. Have the seats shrunk? I honestly do not remember seats being THAT small. We were literally touching shoulders and at one point I was thigh to thigh with one of them. Cringe! It would have been awkward in a normal situation but as the girls get settled I see the expression on my sons face as he realises there are two people with long hair and smartphones just a tiny arms length away. And so the struggle begins.

After what seemed like an eternity wrestling with my 8 month old in the worlds tiniest space so that he would not grab hold of or jump on one of the two girls next to me, bassinet was finally up and I could finally eat my dinner and try and get some shut eye myself. When he went to sleep in the bassinet almost instantly. I felt triumphant! This was going to be easy!!!! …..I spoke too soon.

Just as all the other passengers were snuggling up to go to sleep, little one suddenly found his voice and decided that he wanted to squeal and scream in the highest pitch he could make for as long as he could. Nothing I did stopped him. Shoved a bottle in his mouth, nope! Dummy? Nope. Handing him his new toys especially bought for the plane ride…hell no! All I could do was try to quiet him while I wished I could crawl into a cave and hide.

It was strange, was this some super plane? Because as soon as we boarded the plane it seemed as if my son had suddenly acquired all these new skills. If it wasn’t the sudden high pitched squealing, it was the sudden ability to climb up on to anything and everything. Or his new found super hearing, where he could hear a food packet open from across the plane. I pitied the passengers who dared eat within sight of my little one, as they were instantly greeted with loud grunting and a death stare until he was able to get hold of whatever they were eating. Luckily I was prepared and could distract him with his own snacks.

After what seemed like eternity he finally quieted down and started to fall asleep. Only downside was that he only wanted to sleep on me. The bassinet was useless and it was going to be a very long and tiring journey for Mummy, but we made it and I didn’t even need a to supply goodie bags to my fellow passengers. Now every time I see parents boarding flights with their children, I have an immediate respect and understanding for them. It is not easy, and the fear of other passengers reactions can be overwhelming, but take it in your stride. You and your child have every right to be on a plane as they do and the journey will not last forever.

I had survived a 30 hour journey from Scotland to Australia  alone with my 8 month old and if I can do it, any body can. Now I feel I can conquer anything. Bring on the sunshine!